Hong made his case for the rules during a parliamentary annual inspection of the ministry, citing a looming hike in South Korea's debt-to-gross domestic product (GDP) ratio.

The ratio is expected to reach 43.9 percent this year as South Korea drew four rounds of extra budgets meant to ease the fallout of the coronavirus pandemic. 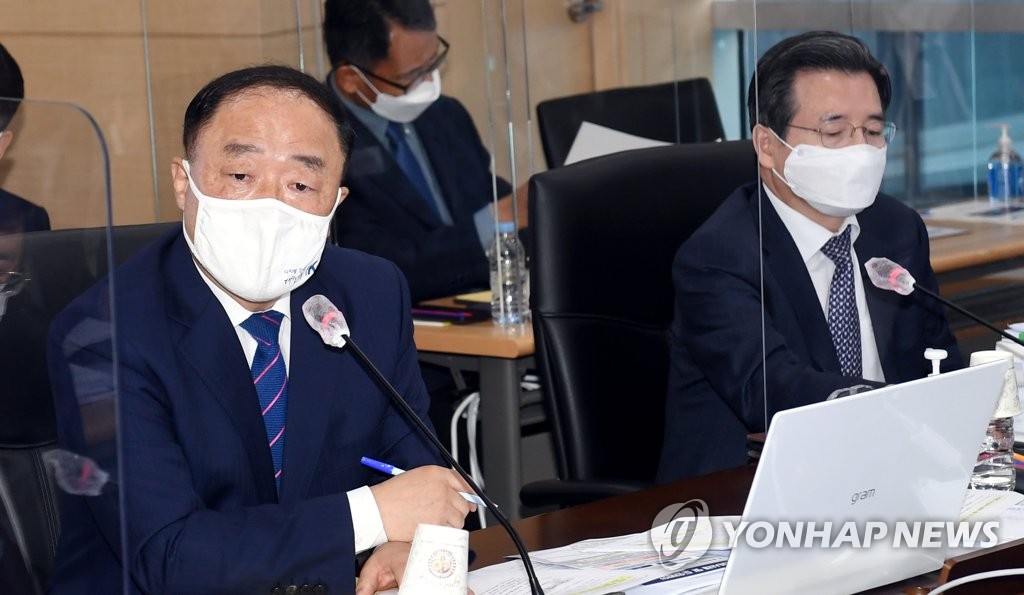 On Monday, the ministry unveiled details of the rules that will keep South Korea's debt-to-GDP ratio at 60 percent and its consolidated fiscal balance at minus 3 percent in 2025.

If the fiscal deficit exceeds the limit, the government will be required to draw up measures to ensure fiscal soundness, the ministry said.

However, such rules will be exempted in a time of crisis, like the coronavirus pandemic, the ministry said.

The rules are subject to parliamentary approval.

Also Wednesday, Hong said the government will mobilize all policy tools available for an economic recovery, though he said there is uncertainty of an economic recovery amid the spread of the COVID-19 pandemic and trade disputes between the United States and China.

South Korea's economy has plunged into a recession as its GDP shrank 3.3 percent in the second quarter after a 1.3 percent on-quarter retreat three months earlier.

Record low interest rates and excess liquidity, which has been pumped into the market to help revive the virus-hit economy, have contributed to soaring home prices, analysts said.