As of 2 p.m., all major retailers here said they have closed preorder reservations for the PS5. Eleven local online shopping malls and offline stores started to accept preorders for the gaming console from noon.

Preorders for the first batch of the PS5 also sold out quickly here on Sept. 18.

The PS5 is the successor to the PS4 that was released in 2013. The new gaming console is set to be launched in South Korea on Nov. 12.

Like other countries, the PS5 will go into fierce competition against Microsoft Corp.'s new gaming consoles Xbox Series X and Xbox Series S in South Korea.

Preorders for both Xbox Series X and S sold out quickly after reservations opened on Sept. 22.

The next-generation Xbox is scheduled to be launched here on Nov. 10. 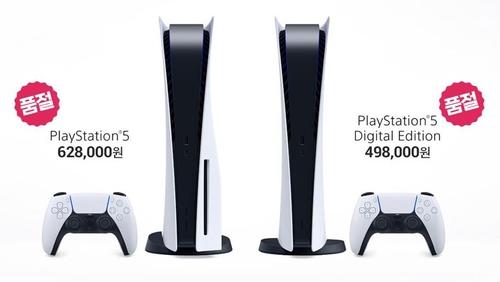