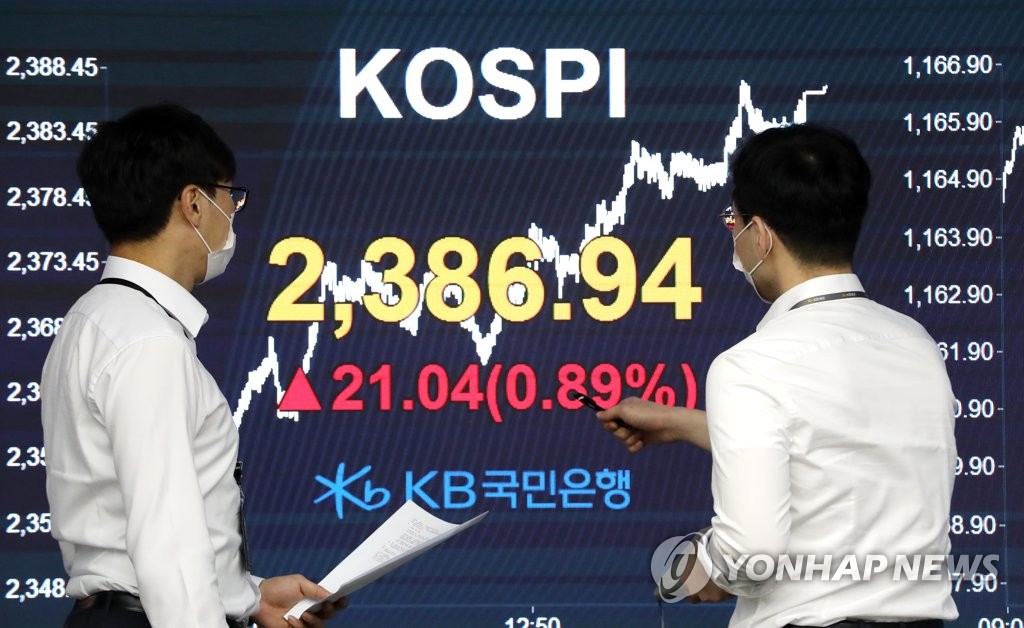 The index got off to a weak start, tracking overnight losses on Wall Street after U.S. President Donald Trump pushed back talks with the Democrats for a stimulus plan until after next month's U.S. presidential election.

The local index ended higher as investor sentiment improved after Trump later urged Congress to approve support for airlines and small businesses and said he would approve a stand-alone bill for stimulus checks.

Bond prices, which move inversely to yields, closed lower. The yield on three-year Treasurys rose 0.5 basis point to 0.910 percent, and the return on the benchmark five-year government bond added 0.1 basis point to 1.200 percent.