SEOUL, Oct. 7 (Yonhap) -- A former executive of Lime Asset Management Co., a scandal-ridden hedge fund based in Seoul, was sentenced to five years in prison by a local court on Wednesday for illegally investing about 20 billion won (US$17.3 million).

The Seoul Southern District Court convicted the former Lime executive, surnamed Kim, who served as head of the fund's alternative investment division, of breach of trust and other crimes and handed down the five-year prison term and a fine of 3.5 billion won. 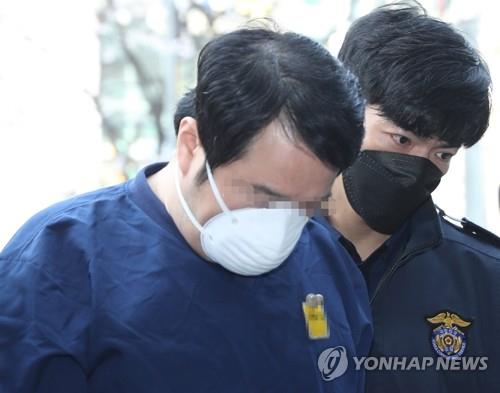 Kim was arrested in April on charges of investing 19.5 billion won of Lime's funds into Star Mobility, an entity owned by private entrepreneur Kim Bong-hyun and believed to be the main financial source for Lime, in January this year.

The former Lime executive was also accused of helping the Star Mobility owner misuse the invested funds in return for membership at a golf club in Yongin, some 50 kilometers south of Seoul.

They were allegedly involved in the firm's cover-up of massive losses and subsequent suspension of fund redemption worth an estimated 1.6 trillion won.

"Financial company executives and employees are on par with public servants in terms of the duty of integrity, as their work and business have a great impact on society," Seoul district court said.

"The defendant incurred a huge loss (to Lime Asset) through breach of trust, though he had an obligation to wisely manage the assets of investors," the court said.

The court also convicted Kim of evading a personal loss of 1.1 billion won by disposing of all of his shares in a Lime-financed Kosdaq company before its bad news was publicly announced.