SEOUL, Oct. 7 (Yonhap) -- The South Korean baseball league announced Wednesday that its regular season will wrap up on Oct. 30, with the postseason expected to begin on the first day of November.

The Korea Baseball Organization (KBO) unveiled the schedule for 34 makeup games, to be played from Oct. 20 to Oct. 30. Those games were rained out earlier in the year.

Games that are canceled due to inclement weather during the Oct. 20-30 period will be rescheduled as doubleheaders or will be pushed to designated open days on the league calendar. Teams will not be asked to play more than eight straight days. 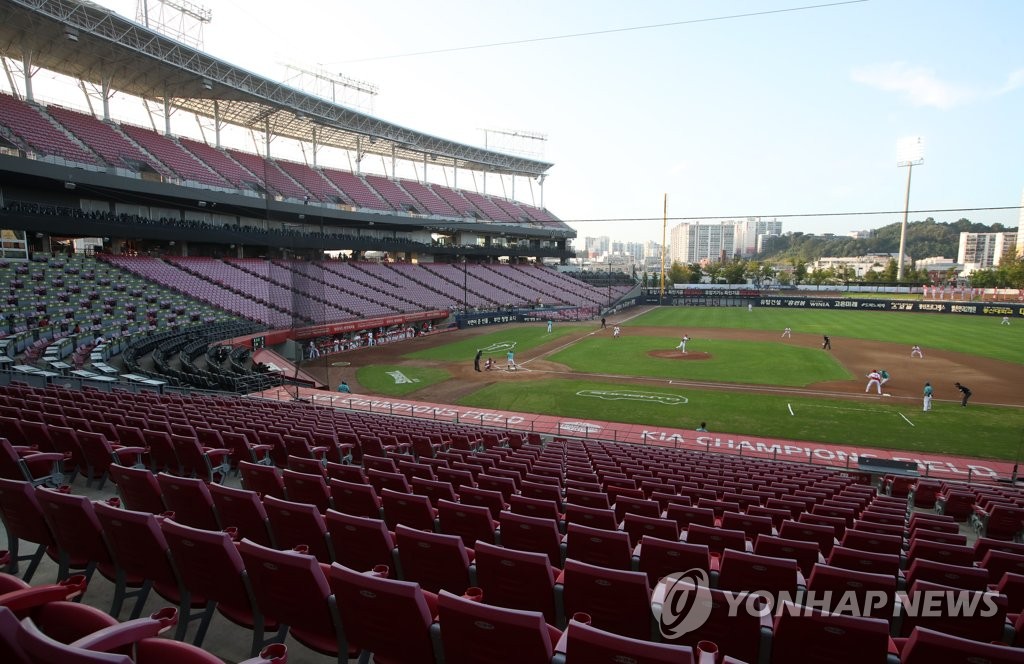 The KBO also said rained-out regular season games that have no bearing on the postseason picture could be made up on travel days during the playoffs.

The start of the regular season was delayed by the coronavirus outbreak, from March 28 to May 5, but the league stuck to the usual 144-game schedule. There was no annual All-Star break in July, and with the 2020 Tokyo Olympics postponed by a year due to the pandemic, the 18-day midseason Olympic break was also wiped out.

Trying to squeeze those 144 games into a tighter-than-usual window, the KBO also adopted doubleheaders and asked teams to play makeup games on Monday, the off day in a normal season.

The postseason, which typically starts two days after the conclusion of the regular season, will begin with a wild card round, followed by the best-of-three first round, the best-of-five second round and the best-of-seven Korean Series.

The KBO is hoping to crown the Korean Series champions before the end of November. The latest conclusion to a season came in 2018, when the SK Wyverns won the Korean Series on Nov. 12. The season included a midseason break during the Asian Games.