WASHINGTON, Oct. 7 (Yonhap) -- Sanctions are a powerful tool but they may take a long time to have their intended effect, White House security adviser Robert O'Brien said Wednesday.

The national security adviser noted sanctions may take even longer to have an impact on countries that are willing to kill its own people.

"There have been very hard sanctions on North Korea," he said in a seminar hosted by the William S. Boyd School of Law at the University of Nevada, Las Vegas, which was streamed online. 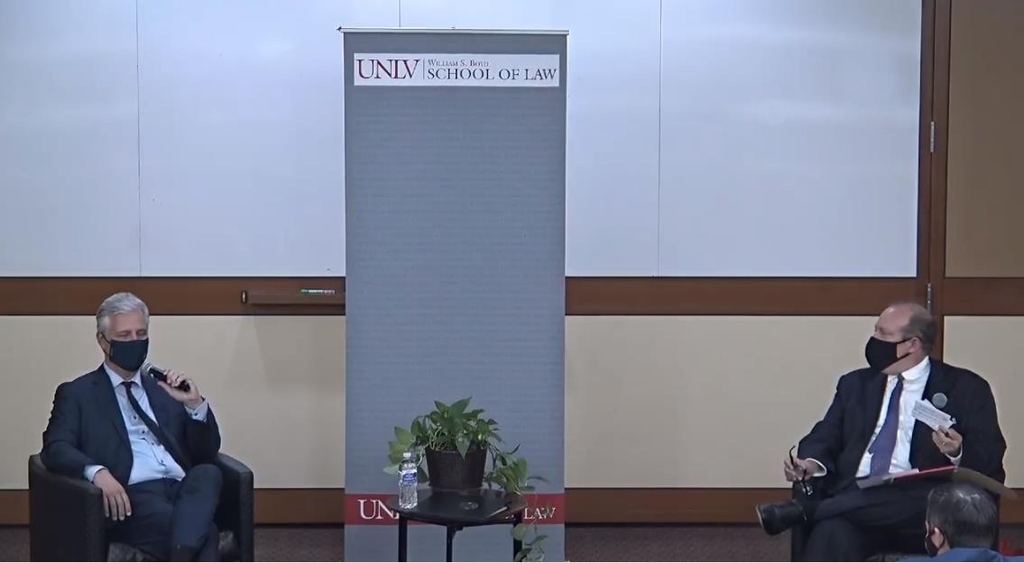 "They have a resilence tool if they are willing to kill their own people. If they have enough money and resources" to withstand sanctions, he added, noting the U.S. currently has sanctions against many countries including North Korea, Iran and Venezuela.

His remarks come amid a deadlock in denuclearization negotiations between the United States and North Korea.

North Korea continues to stay away from negotiations on ending its nuclear weapons programs since the second bilateral summit between its leader, Kim Jong-un, and U.S. President Donald Trump ended without a deal in February 2019.

Trump and Kim held their first summit in June 2018.

North Korea has been under a wide range of U.S. and international sanctions for over a decade that have only intensified over the recent years following the communist state's sixth and last nuclear test in September 2017.

Under United Nations Security Council sanctions, the energy-stricken nation is allowed to import only up to 500,000 barrels of refined oil per year while any shipments of luxury goods, weapons materials and equipment to and from the impoverished nation are completely prohibited.

In an address to the U.N. General Assembly late last month, the North's ambassador to the United Nations, Kim Song, said his country will not give up its dignity for mere economic benefits.

North Korea for decades has remained one of the world's most impoverished nations but also one of the worst state human rights violators.