The annual number represents a increase of more than sixfold, compared with the corresponding 152 pieces the three media outlets -- the Rodong Sinmun daily, the Korean Central News Agency and the Uriminzokkiri website -- published in 2018, according to the data.

Including those, the three news platforms issued a total of 1,733 news pieces denouncing the South since 2018 up till Wednesday. This translates as a monthly average of 51, or a daily average of 1.7 news pieces.

This year alone, North Korea has issued some 600 such news pieces, of which 239 were published in June, according to the data.

That month, the two Koreas were locked in a fierce spat over South Korean activist groups' launching of anti-Pyongyang leaflets across the border to the North.

The spat later led to North Korea's blowing up of an inter-Korean liaison office in the country's border area.

Following the culmination of tensions in June, the North's media-carried criticism declined to fewer than 10 pieces a month in the July-October period.

North Korea has published only one article critical of South Korea in relation with the controversial shooting death of a South Korean fisheries official by the North Korean military near the maritime boarder last month.

Of the three cited news platforms, the propaganda website, Uriminzokkiri, carried nearly 67 percent of all the criticism published during the cited near three-year period, according to the data. 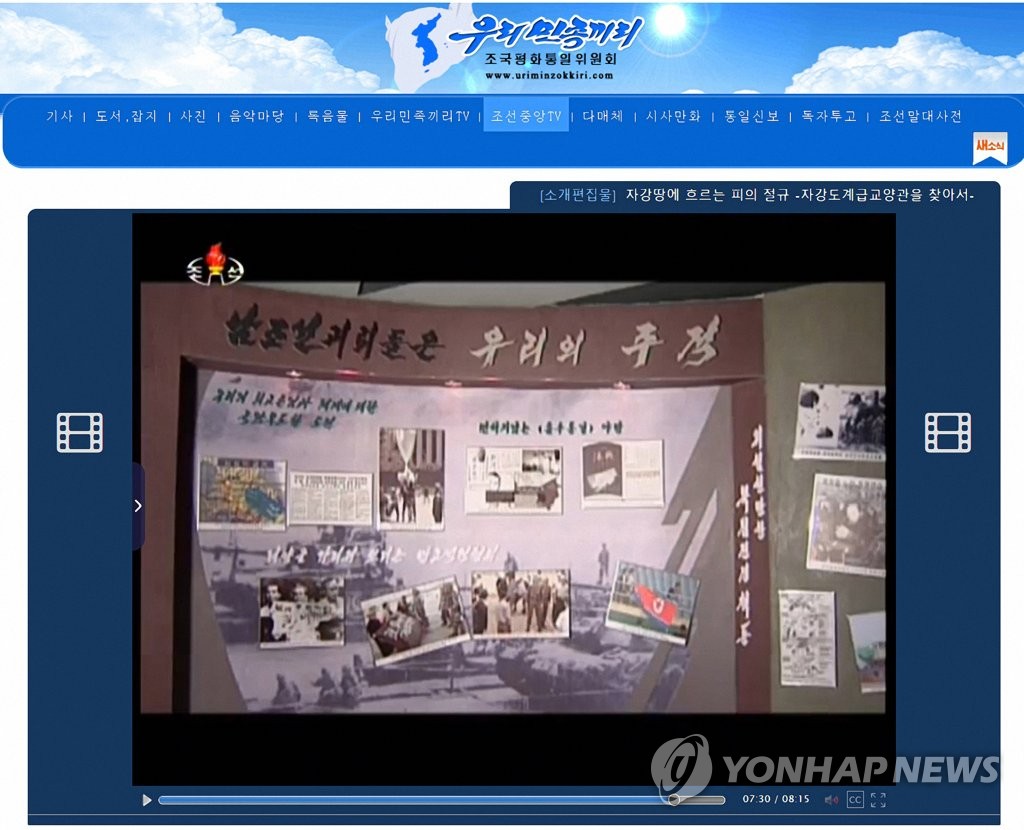