The country's rice production is likely to come to 3.63 million tons this year, compared with 3.77 million tons a year earlier, according to the data compiled by Statistics Korea.

The amount would represent the lowest level since 1980, when South Korea produced 3.55 million tons of rice. It would also mark the fifth consecutive year of on-year decline and the fourth straight year for the country's rice output to fall below the 4-million-ton level.

The weak output forecast comes as South Korea was hit by an unusually long rainy season and a series of typhoons in recent months, the agency said.

A drop in the cultivation area for rice was also responsible.

Consumption of rice, a key staple food for Koreans, has been on a steady decline in recent decades due largely to changes in diet and eating habits. 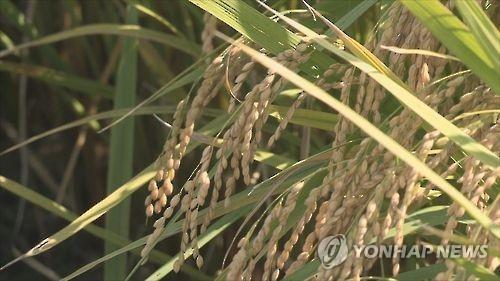