SEOUL, Oct. 8 (Yonhap) -- If the 2020 Olympics, postponed by a year due to the coronavirus pandemic, were to start this week, LPGA star Park In-bee would be one of four South Korean players in the women's golf tournament, and would have a chance to defend her gold medal from four years ago.

But Park isn't thinking about the buildup to the Tokyo Summer Games, now scheduled to open in July 2021. It's a change of heart for the LPGA Hall of Famer, who had said earlier this year that making the Olympic team was one of her big goals.

Park is in Pennsylvania this week for the KPMG Women's PGA Championship, the second major of this pandemic-interrupted season. At her pretournament press conference on Wednesday (local time), Park said the Olympic Games are not as much on her radar as before. 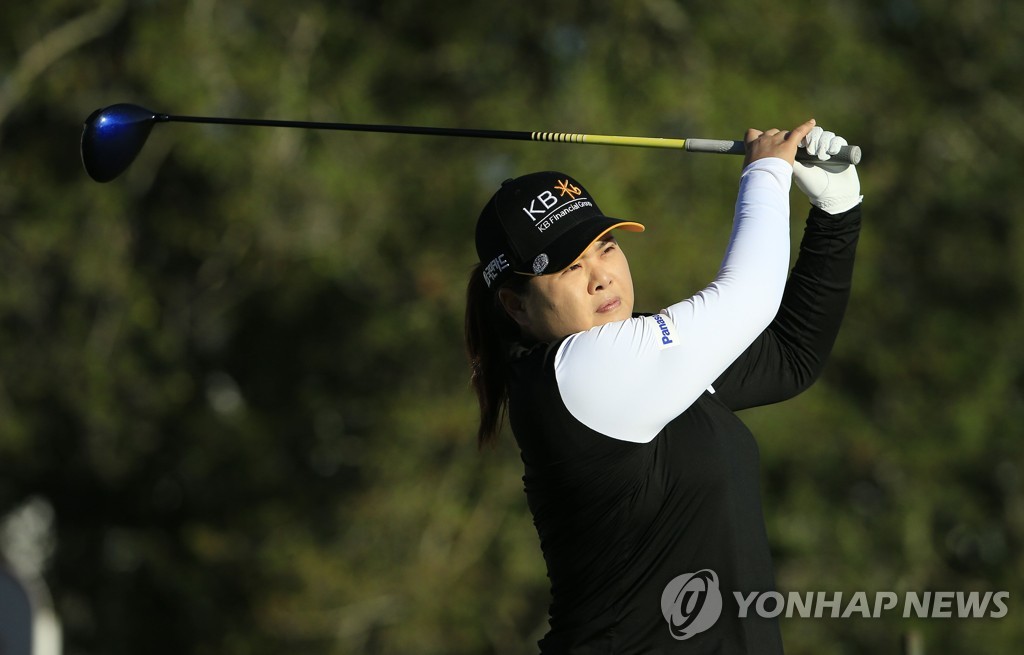 "I've got to say it's definitely a little bit less than what I had in my mind earlier in the year because nothing is really certain at the moment," she said. "We just don't know what's going to happen next year. We don't know what's going to happen next week. I think it's just probably a lot less pressure now than before, but yeah, if it goes and happens, I guess it definitely could be a good goal for me."

For the women's event at the Olympics, players inside the top 15 in the world rankings will automatically qualify, though each country can only field a maximum four players each. South Korea, long a dominant force in women's golf, currently boasts seven players in the top 15, more than any other nation. At No. 9, Park is the fourth-highest South Korean, behind Ko Jin-young (No. 1), Kim Sei-young (No. 7) and Park Sung-hyun (No. 8).

For now, Park In-bee is focusing on her LPGA activities. She won the ISPS Handa Women's Australian Open in February, the last tournament before the tour was forced to press pause because of the coronavirus outbreak.

The tour resumed at the end of July. Park was one of the first prominent South Korean players to rejoin the competition, while the likes of Ko and Lee Jeong-eun, the 2019 LPGA Rookie of the Year, still haven't left their home country.

In five tournaments since her restart, Park has posted three top-10 finishes.

"I think it's just I really trust the LPGA Tour and everybody who's running the Tour over here. I thought they would definitely run this association really safe and traveling really safe," Park said, when asked about her decision to move to the United States ahead of her compatriots. "The most important (thing) for me was at the tournament site (is) we're not meeting a lot of people or we're just in this bubble. Plus, I really wanted to compete and really wanted to come out and play again. It's just I missed competition and being out here." 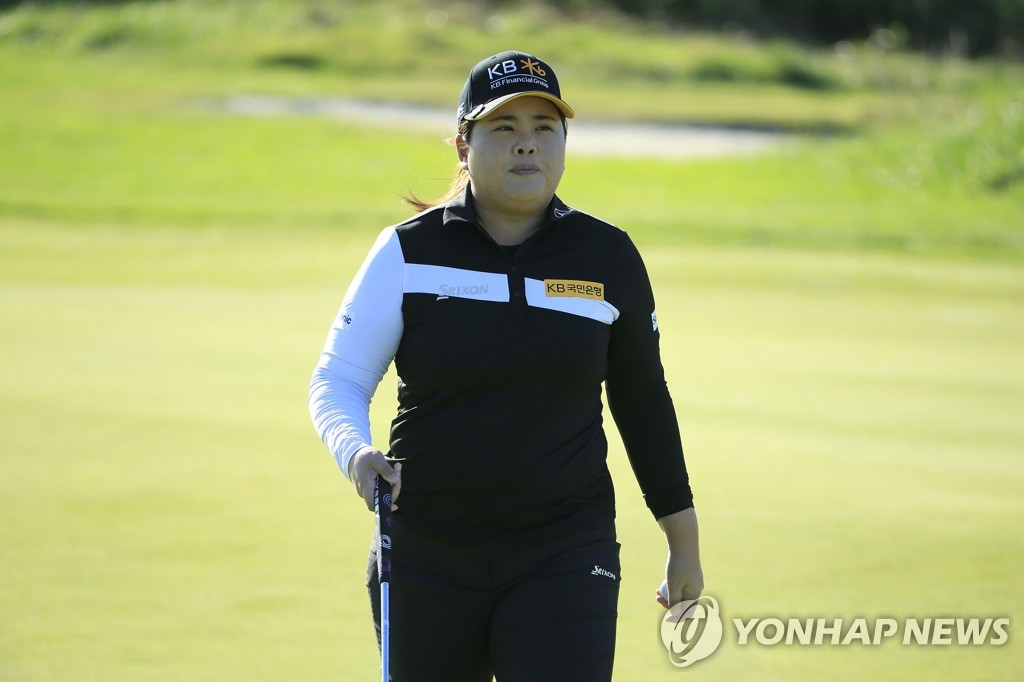 Park is second on the money list and the Player of the Year points race, trailing Danielle Kang in both categories.

"I feel like I've played really (well) early in the year, and when I came back I feel like I played quite consistently," she said. "It is really awkward to play in fall and winter in the States because it's usually the summertime that we play the big events here in the U.S., so it's definitely a different atmosphere and obviously different weather."

Park is a three-time champion of the KPMG Women's PGA Championship, reeling off three straight titles from 2013 to 2015. This year's tournament will be played on 6,577-yard, par-70 Aronimink Golf Club.

Park, who ranks 143rd on the tour with an average of 238.34 yards off the tee, said this is "definitely one of the longest golf courses that I've ever played." That she has lost a bit of her distance with her driver -- she averaged 247.32 yards last year -- isn't helping the matter. She will be hitting some fairway woods just to get to the green on some par-4 holes.

"The course like this, I kind of wish that the fairways were a little bit narrower and the rough was a lot thicker," Park said. "Every golf course, the longer hitters definitely have an advantage. It's never a good feeling, but I guess you've got to get used to it."

Park has won seven major titles but none since 2015. The length of the course aside, she said she'll try to embrace the challenge of this week.

"It is always so much excitement for me to play in a major championship, especially on golf courses like this and at venues like this," she said. "It's a really, really good way to test your game, kind of see where your game is at, if you're still really able to win." 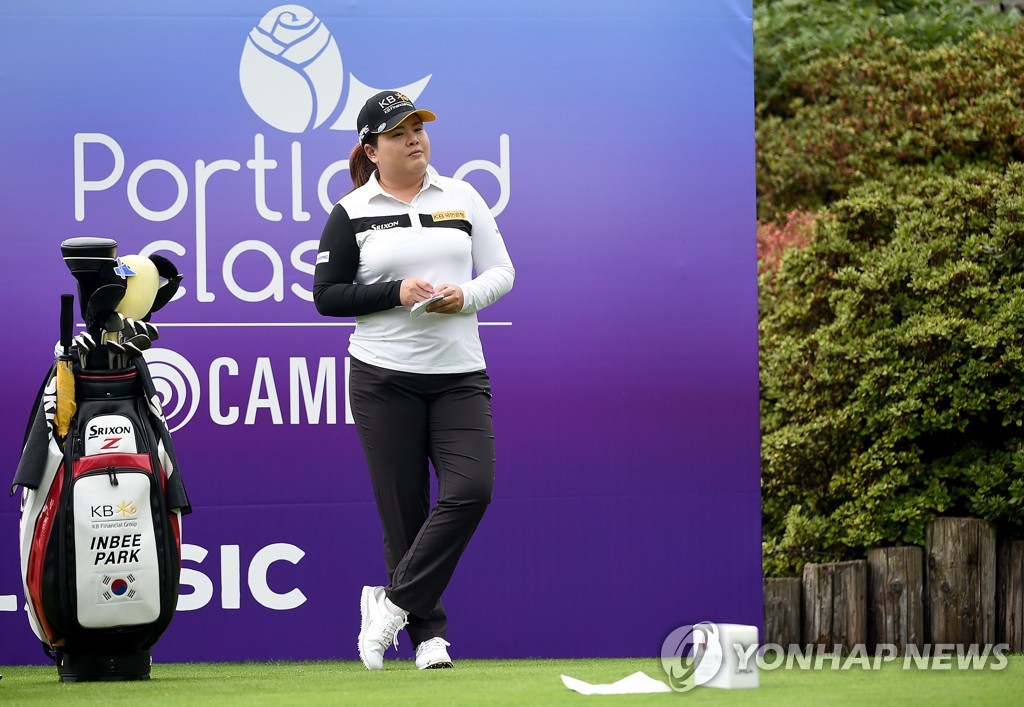