Starting with more than 1,400 electronics shops in South Korea, Samsung TVs will show the music video of "Dynamite," the first South Korean-performed song to top the Billboard Hot 100.

Samsung, the world's largest TV vendor, hopes playing the BTS music video on its TVs will increase customers' interest in its products while shopping. The music video of "Dynamite," which was first released on YouTube on Aug. 21, has already racked up more than 450 million views.

Samsung has been actively collaborating with BTS in recent months. In June, the company released the limited edition of the Galaxy S20 smartphone and wireless earbuds inspired by the seven-member band.

BTS was also featured in Samsung's mobile event, the Galaxy Unpacked, in August. 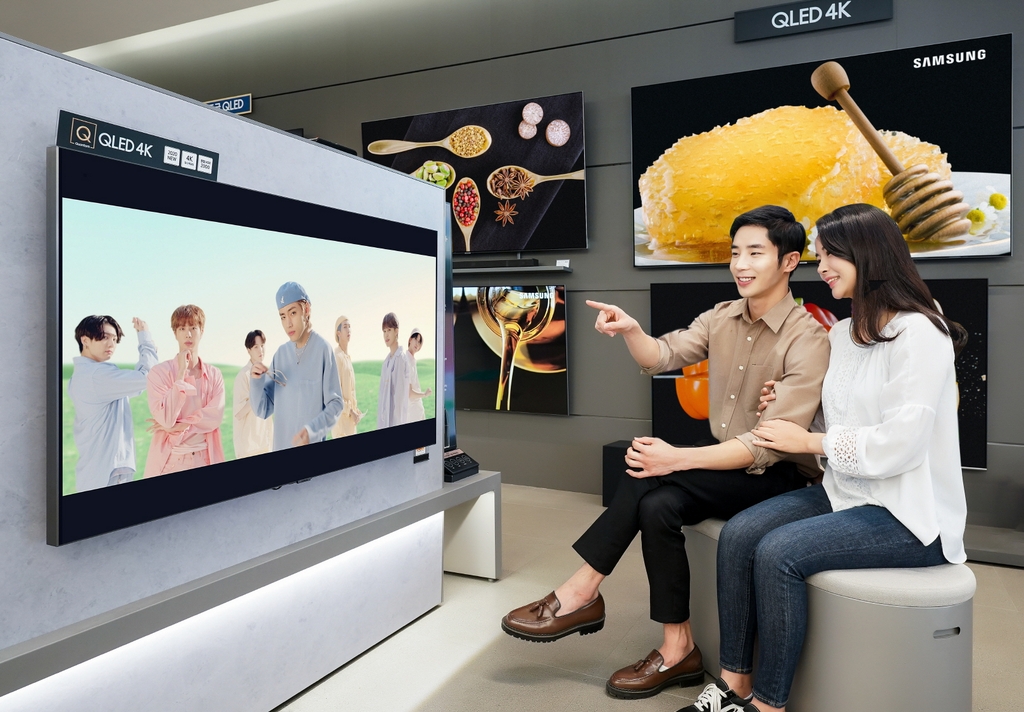