SEOUL, Oct. 8 (Yonhap) -- South Korean football fans will be treated to a pair of exhibition matches between their two men's national teams this month, with the first showdown set for Friday, the Hangeul Day holiday.

The senior national team will face the under-23 Olympic squad at 8 p.m. Friday at Goyang Stadium. The second match is back at the same venue next Monday, also an 8 p.m. kickoff. These are the first meetings of the senior team and the U-23 team in 24 years.

The senior team boss Paulo Bento and his counterpart, Kim Hak-bum, will each take a 23-man roster to these matches, with the aggregate score determining the winner. The victorious side will donate 100 million won (US$86,340) in its name to help the nation's fight against the novel coronavirus. 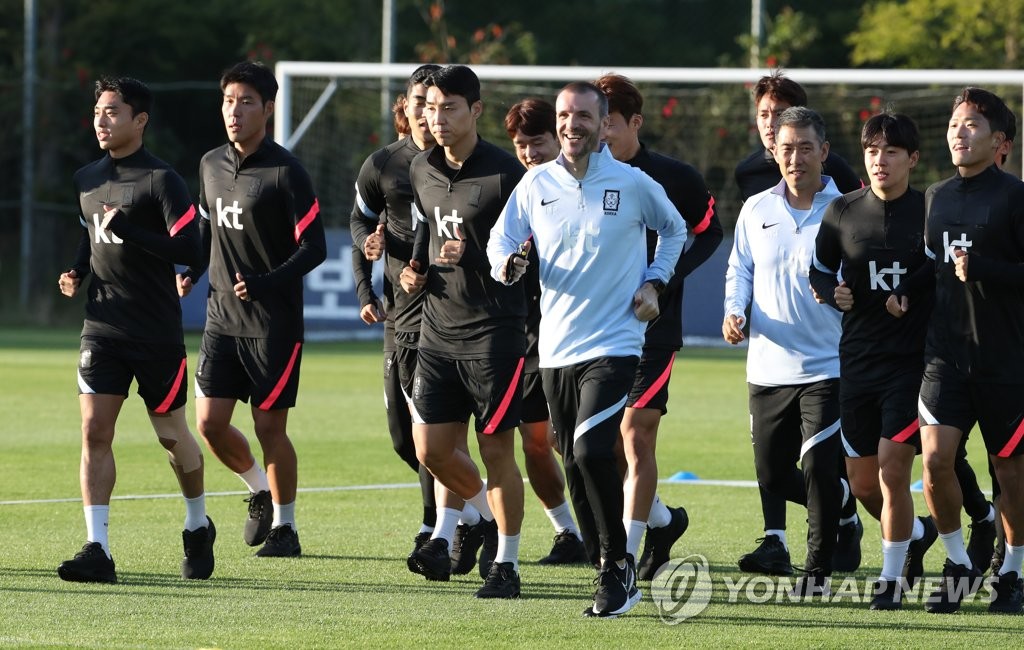 With the pandemic causing havoc on sports competitions around the world, Bento's senior team hasn't played any match in 2020. The last action for Kim's squad came in January at the Asian Football Confederation (AFC) U-23 Championship in Thailand.

These exhibitions will serve multiple purposes: quenching thirst for fans who haven't seen their national team in action all year, while also giving the coaches a closer look at candidates for next year's FIFA World Cup qualifying matches and the Summer Olympics.

Bento's team would have completed the second round of the Asian World Cup qualifying tournament this year, had it not been for COVID-19. Typically, rosters for international matches are largely filled with players based in Europe, such as Tottenham Hotspur star Son Heung-min, and those from the domestic K League are picked as complementary pieces. 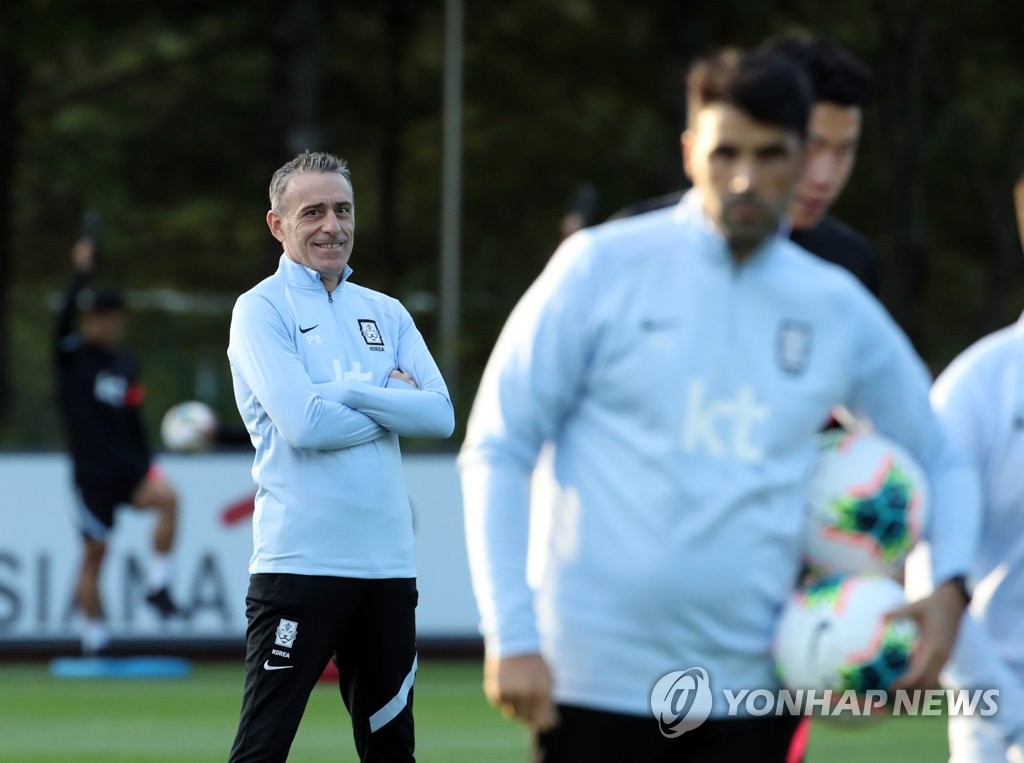 For these exhibitions, though, overseas-based stars weren't called up, as the mandatory, 14-day quarantine for all inbound travelers to South Korea ruled out their selections. Bento instead built his entire 23-man lineup with players from the K League, and these players will have an opportunity to make an impression on the national team boss.

Bento also plucked three players from the U-23 talent pool, including midfielder Won Du-jae, the MVP of the AFC U-23 Championship in January who is enjoying a fine season with the K League-leading Ulsan Hyundai FC. The Korea Football Association (KFA) had to step in as a mediator before Bento could take any more youngsters and leave Kim with slim pickings. Bento eventually agreed to take no more than three U-23 players. 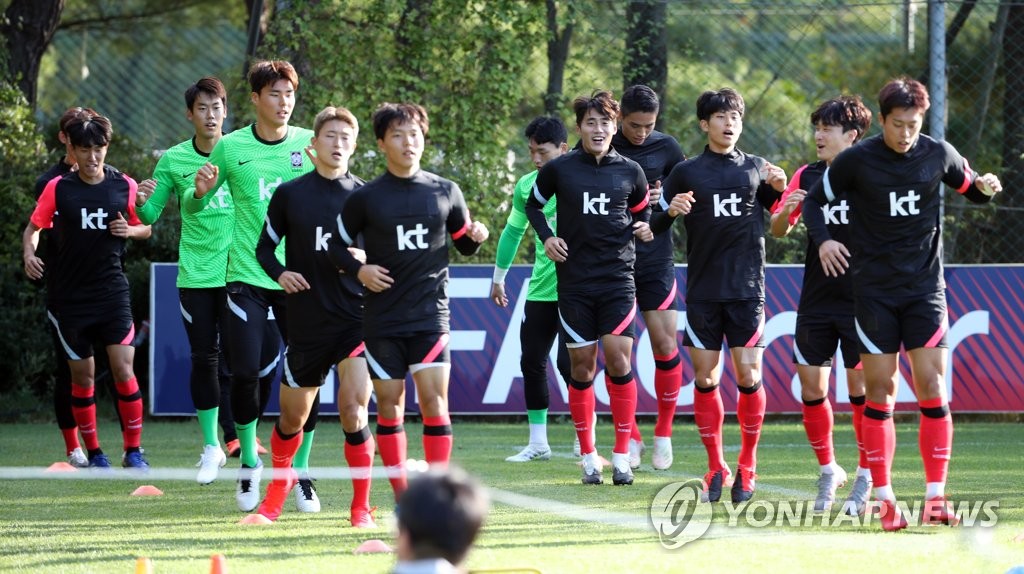 Kim called up most of the other members from the AFC title-winning squad, and also selected a few members from the 2019 U-20 national team that finished runner-up at the FIFA U-20 World Cup that year. Joining this group is Pohang Steelers' emerging attacking ace Song Min-kyu, a 21-year-old who is tied for most K League goals among South Korean players this season with 10. Song has never played for any national team in any age group.

Goalkeepers from the K League 1's two best clubs will represent each side for the exhibitions: Jo Hyeon-woo from Ulsan for Bento and Song Bum-keun of second-place Jeonbuk Hyundai Motors for Kim. 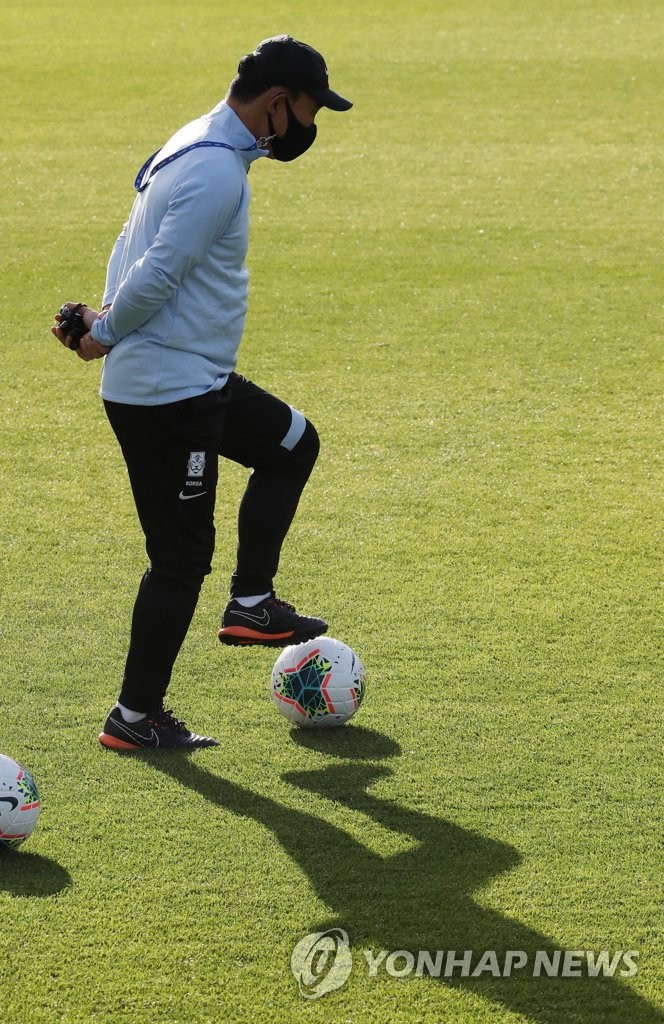