Choi went 2-for-5 with an RBI in an 8-4 Rays' win in Game 3 of the American League Division Series (ALDS) at Petco Park in San Diego on Wednesday (local time). The Rays now lead the best-of-five series 2-1, and can finish off the Yankees on Thursday back at Petco Park. 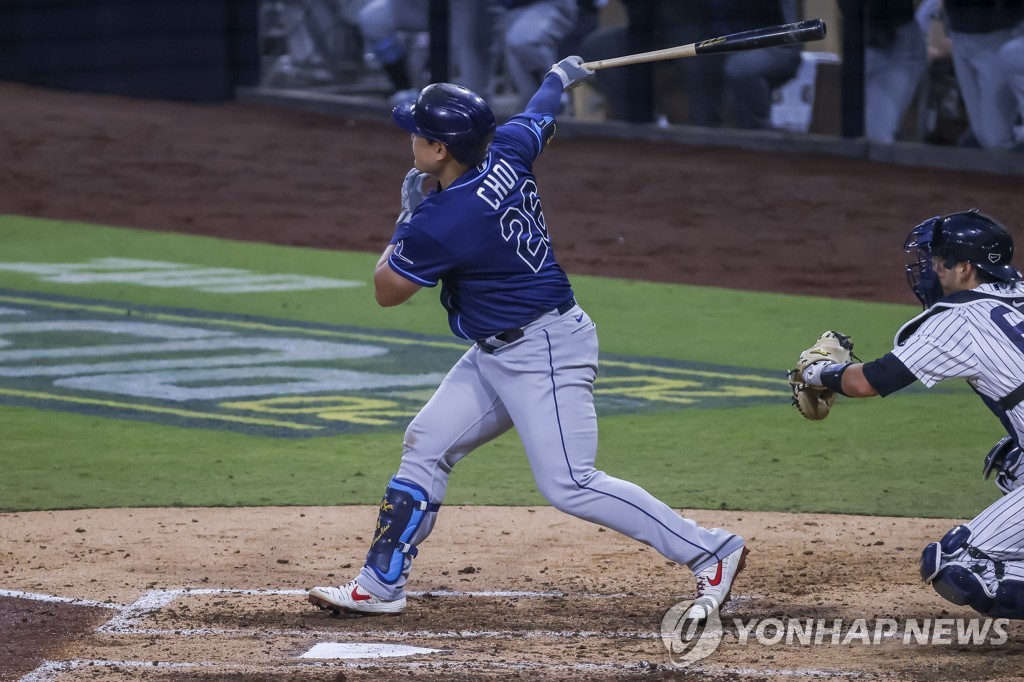 Batting cleanup for the third straight game in this series, Choi was robbed of an extra-base hit in the top of the first inning.

With two outs and a runner on first, Choi turned on a first-pitch fastball from starter Masahiro Tanaka and drove it to deep right field. But right fielder Aaron Judge made an outstanding catch just in front of the wall to end the inning.

In the top third, Choi stepped up with a man aboard again but grounded out weakly to second base.

Choi picked up his first hit of the game in the top fifth. right after Randy Arozarena led off the frame with a towering solo home run that put the Rays up 5-1. That blast chased Tanaka from the game, and up against reliever Chad Green, Choi dropped a bloop single to shallow left field.

With two outs in the top sixth and the Rays leading 7-2, Choi knocked in Tampa Bay's eighth run with a double to right field against reliever Luis Cessa. 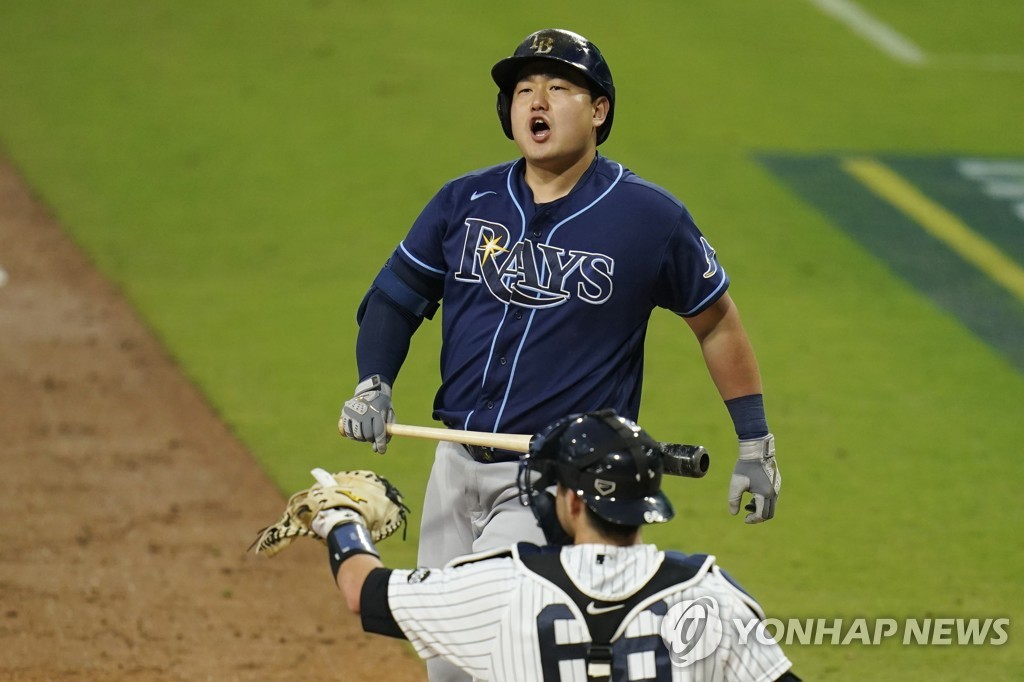 At 0-2 count, Choi connected on an 83.8 miles per hour slider and sent it into the corner, well out of Judge's reach. Arozarena, who had drawn a walk in front of Choi, ran on contact and scored easily from first.

It was Choi's third RBI of this series. He hit a two-run home run in Game 1.

Choi grounded out to first in his final plate appearance in the top of the ninth inning.

The Rays pounded out 13 hits, including three home runs. Choi was one of five Tampa Bay batters with at least two hits in this game.

There are no off days in this best-of-five series and all games are being played at the Petco Park bubble, set up to eliminate travel for the teams during the coronavirus pandemic. 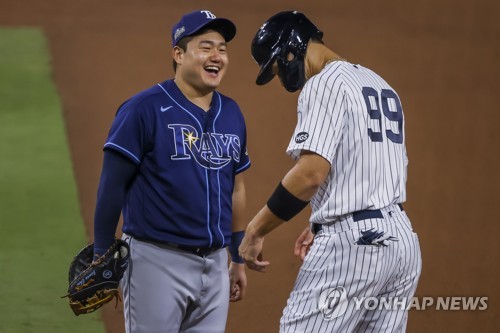