SEOUL, Oct. 8 (Yonhap) -- South Korea has launched an antitrust investigation into Google over its plans to enforce commission fees for in-app purchases made through its mobile application store, a top official said Thursday.

The U.S. tech giant has come under intense scrutiny from South Korean regulators after it updated its global policy late last month to make all apps on its Play store use its proprietary billing system.

Under the new policy set to take effect in October next year, Google will take a 30 percent commission on all digital purchases by consumers. 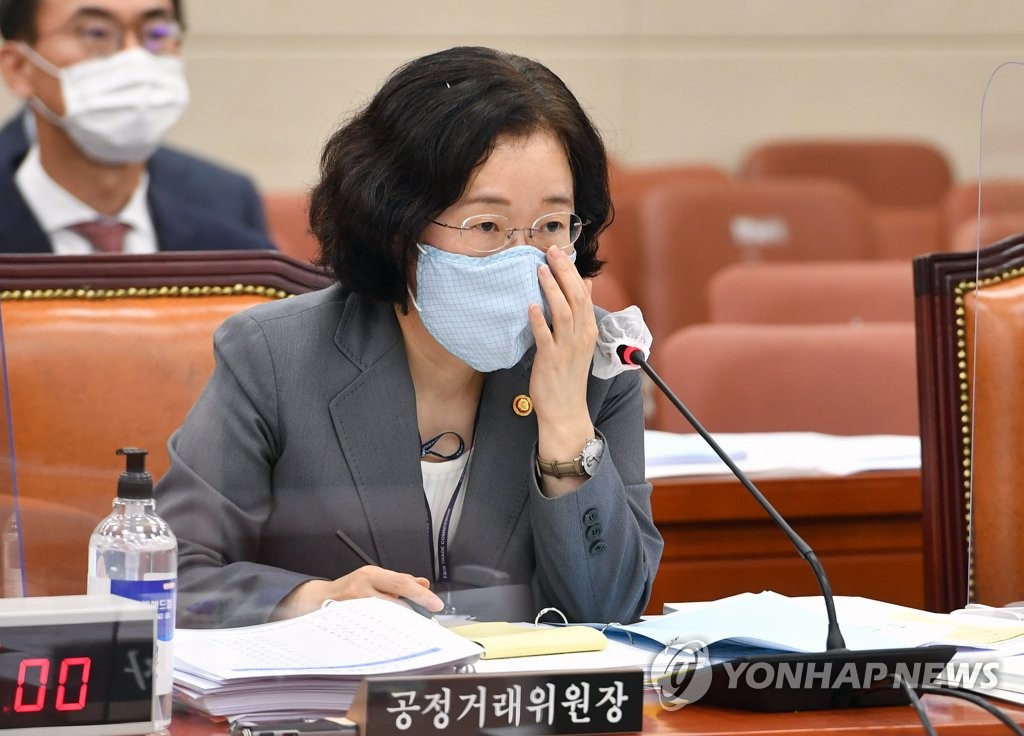 South Korean app developers have voiced strong opposition against the move, arguing that it could be in violation of local fair trade and telecommunications laws.

Joh Sung-wook, chairperson of the Korea Fair Trade Commission (KFTC), told lawmakers during a parliamentary audit that Google's plan is currently being reviewed.

"I believe that competition isn't working properly in this industry," she said. "In order to restore competition, we are currently investigating for anti-competitive actions."

Google holds a tight grip over local app store sales, with a 63.4 percent share of the total last year at 6 trillion won (US$5 billion), according to the Korea Mobile Internet Business Association.

Han Sang-hyuk, head of the Korea Communications Commission, echoed Joh's concerns, and called for inter-agency cooperation over the issue.

"We need to monitor the response from other countries and also create a structure for cooperation between local agencies," Han told lawmakers in a separate audit.

The country's telecommunications regulator is conducting a separate investigation into Google over its in-app payment policy.

Google has argued that it is committed to an open system by offering other app stores on its Android platform and that it will comply with local laws.

In response to growing frustration, Google has established a support fund worth $100 million for local app developers and users.

On Wednesday, ICT Minister Choi Ki-young brushed off the fund, telling lawmakers that it is not enough in the long run.

Choi said the ICT ministry will wrap up its review of fees imposed by online platform operators, primarily directed at Google, by the end of this month.

Amid growing scrutiny over Google's app store fees, local rival One Store, under the country's top mobile carrier SK Telecom Co., said it would exempt in-app payment fees by 50 percent for app developers with monthly transactions of less than 5 million won until the end of next year.

One Store already undercuts Google's Play store, taking up to 20 percent in commission for in-app purchases.