Hyundai Motor will recall 25,564 Kona Electric models manufactured between Sept. 29, 2019, and March 13, 2020, as a possible short circuit in the faulty battery cell system may start a fire in the pure EV model, the Ministry of Land, Infrastructure and Transport said in a statement.

The recall comes after 13 cases of fires in the model have been reported since 2018.

The carmaker will start updating the battery-related software program for the EV vehicles subject to the recall Oct. 16 and replacing the battery system, it said.

In response to the recall plan, LG Chem Ltd., which supplies lithium ion car batteries to Hyundai Motor, said the exact cause of the recent fires in the Kona Electric car has yet to be determined.

"LG Chem and Hyundai Motor will jointly investigate the exact cause of the fires in the Kona Electric, as the company cannot accept the ministry's announcement," a LG Chem spokesman said over the phone. 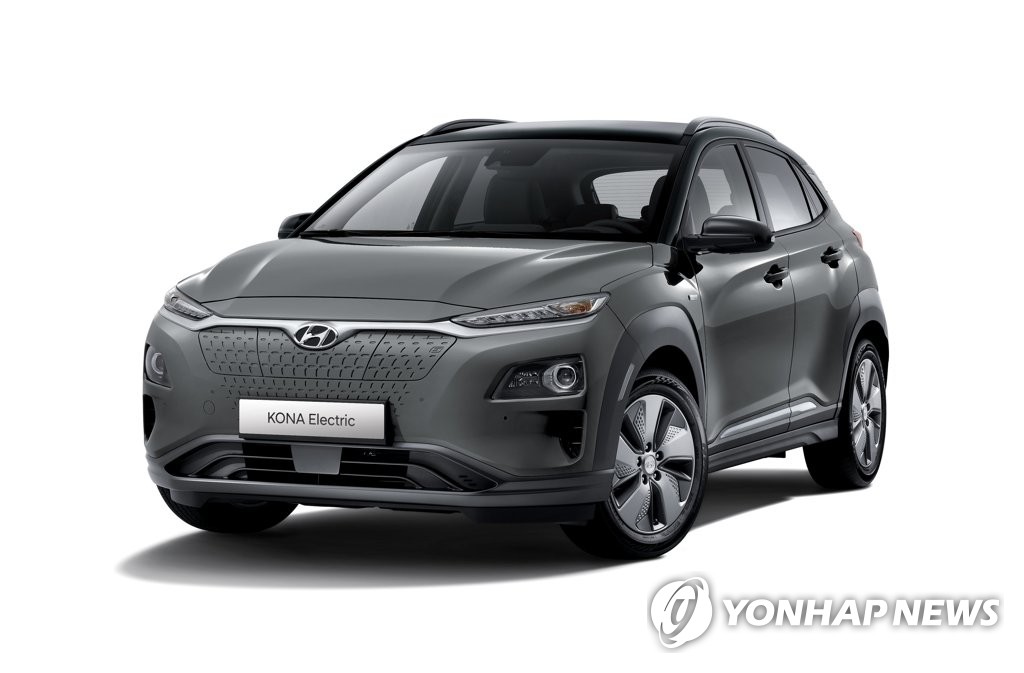