Moon issued the message during a meeting with Cheong Wa Dae aides following reports that Yoo has advanced to the final round in the competition, together with Nigeria's Ngozi Okonjo-Iweala, according to Cheong Wa Dae spokesman Kang Min-seok.

The president was quoted as saying, "The government will have to support (her bid) by concentrating all efforts in order to develop the multilateral trade system and expand the free trade order." 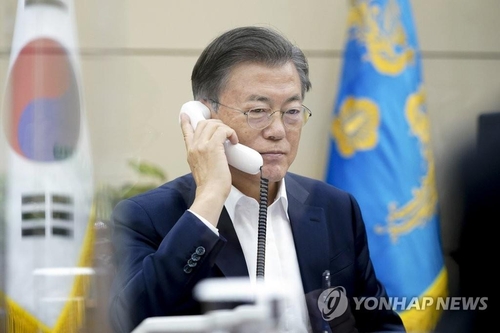 Moon then had a congratulatory phone call with Yoo, during which he said, "You have done well in difficult conditions," Kang told reporters.

Yoo thanked Moon for his active support for her bid, and Moon told her to let him know anytime how the government can better help with it.

So far, Moon has sent personal letters to 35 nations and had phone talks with the leaders of five countries, including German Chancellor Angela Merkel and Russian President Vladimir Putin, requesting their support for Yoo, Kang said.

The spokesman, however, pointed out that it is premature to be optimistic of Yoo's triumph and added that the government will do its best until the end and wait "humbly" for an outcome.

It marks the first time that a South Korean candidate has reached the last two-way round of the race for the top post of the WTO with a four-year term.

The successful candidate will reportedly be picked ahead of Nov. 7. 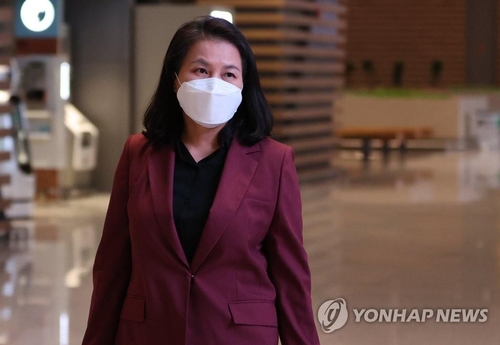