Many media outlets around the world have remembered Abai as a great thinker, enlightener and poet, while the Kazakh people have praised him as the founding father of Kazakh-written literature.

Abai was born on Aug. 10, 1845, in the Genghis mountains of the Semipalatinsk region. He was known for observing human nature keenly, studying it deeply and sharing his insights through numerous poems. 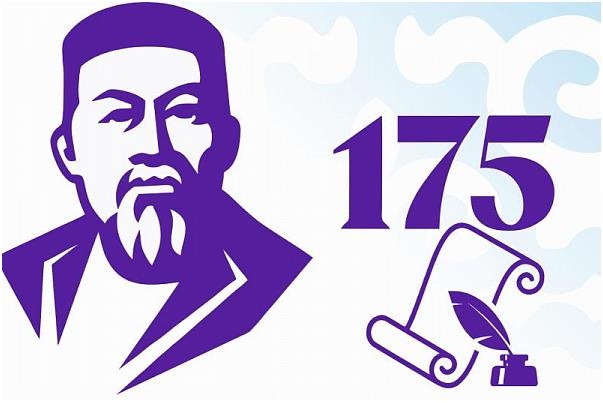 "The Kazakh nation has many prominent figures. Among them Abai holds the reins," the press release said.

"His books were translated into many foreign languages. So, we can say definitely that Abai made a contribution to not only Kazakh culture and folklore but world literature as well."

It said the Kazakh people respect Abai, and his written works are studied at many schools and universities.

Philosophical essays, pieces of poetry and poems of Abai are periodically published not only in the Kazakh language but also in the languages of other countries. In this regard, Abai's works occupy an important place in the process of foreign reception of Kazakh literature, it said.

Most of the books with Abai's works in foreign languages were published in 1995, when the 150th anniversary of Abai was celebrated at the world level under the auspices of UNESCO.

"The work of the great Kazakh poet and thinker Abai has received well-deserved recognition from foreign researchers and writers; they highly appreciate his works, compare them with outstanding personalities of their peoples," said the Kazinform release.

"In their opinions, Abai is a classic not only of Kazakh, but of all world literature. So, in conclusion we can state that the positive reception of Abai's creativity helps to strengthen the spiritual and intellectual image of Kazakhstan," it said.
(END)