SEOUL/BERLIN Oct. 8 (Yonhap) -- South Korea voiced criticism Thursday over Japan's call for the removal of a statue erected in Germany of a girl symbolizing Korean victims of wartime sexual slavery, calling it an act that goes against the spirit of its own apology.

Korea Verband in Berlin said it received an order from the office of Berlin's Mitte district on Wednesday to remove the statue by Oct. 14. According to the civic group, the office claimed that an inscribed epitaph as part of the installation has caused diplomatic tension between Germany and Japan.

The epitaph pays tribute to victims of sexual slavery of Japan during World War II and honors the courage of survivors who have stood up publicly to raise awareness and prevent future war crimes and atrocities. 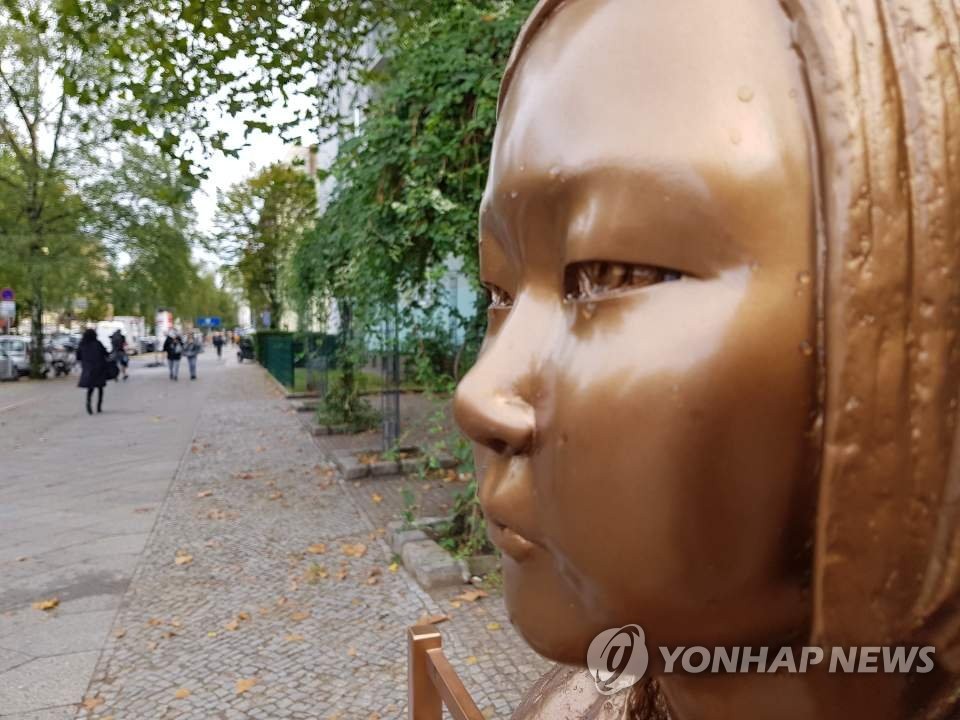