Lee's trip is the first time in five months that he has gone overseas since he visited Samsung's chip factory in Xian, China.

Lee is expected to meet business leaders in Europe and discuss possible cooperation with global semiconductor and telecom companies there, according to the sources.

Samsung did not reveal Lee's European trip schedule, but sources said he is likely to stay in Europe about a week and visit countries including the Netherlands.

The Netherlands is home to ASML, the world's largest supplier of photolithography systems for the semiconductor industry. Samsung has been working to upgrade its chipmaking process using extreme ultraviolet (EUV) technology.

Following his European trip, the 52-year-old tycoon is reportedly planning to make trips to Asian countries including Vietnam and Japan later this month, according to the sources. 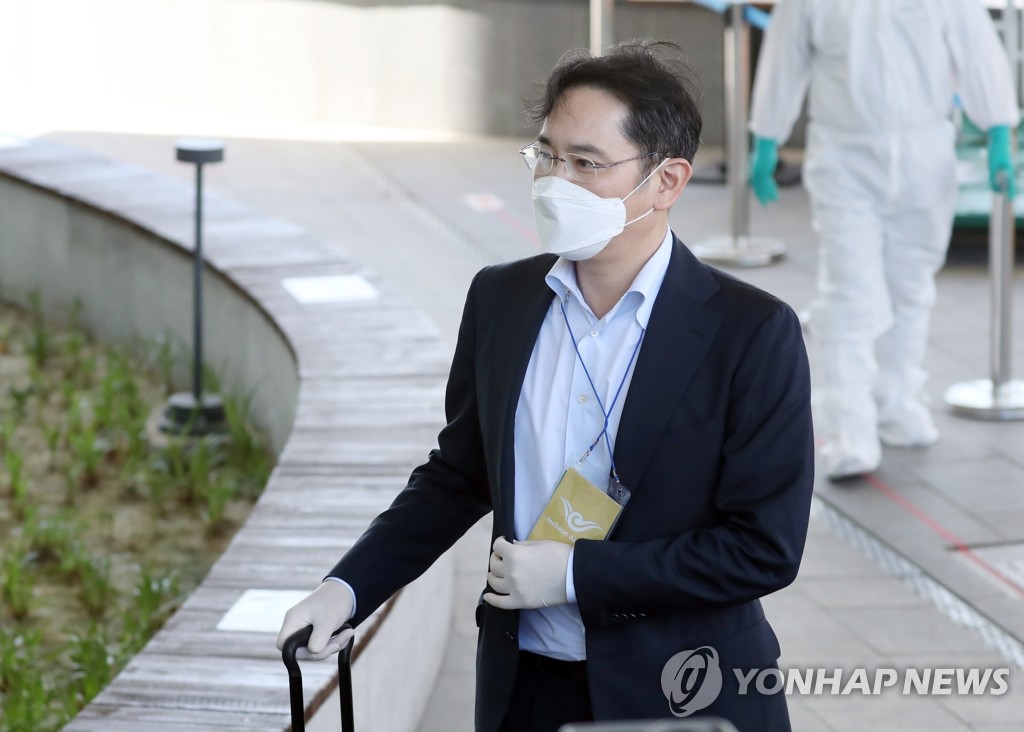 Vietnam recently decided to adopt a fast-track entry program for South Korean diplomats and businesspeople, exempting them from its mandatory self-isolation against COVID-19.

If Lee visits Vietnam, he is expected to inspect Samsung's research and development center under construction in Hanoi, as well as the company's plants there.

He could also meet Vietnamese Prime Minister Nguyen Xuan Phuc during his trip to the Southeast Asian nation and discuss possible investment plans.

Industry insiders said Japan, which allows South Korean businesspeople to enter the country without a two-week quarantine from Thursday, could also be Lee's next destination.