The nationwide free flu shot scheme will restart next Tuesday to be first administered to those in the 13-18 age bracket and be given to elderly citizens until the end of this year, according to the Korea Disease Control and Prevention Agency (KDCA).

The program was halted on Sept. 22, after some of the inactivated vaccines were exposed to room temperatures during shipping. But subsequent quality tests and inspections found no safety problems, according to the agency.

Despite the test results, the agency decided to collect 480,000 doses that could have low potency as part of precautionary measures.

In order to prevent any recurrences, KDCA vowed to strengthen the monitoring of the vaccine distribution process.

The government has provided free flu shots, mostly for young children and elderly people, to prevent a potential "twidemic" during winter, as respiratory viruses, including influenza and COVID-19, have nearly identical symptoms, including fever and sore throat. 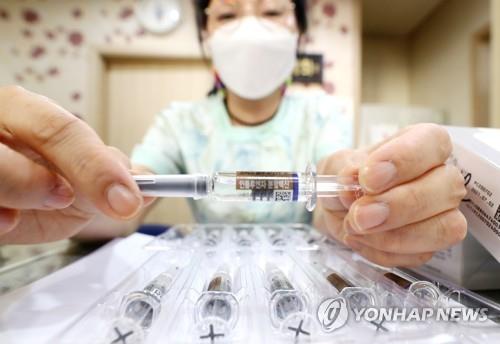