SEOUL/ULSAN, South Korea, Oct. 9 (Yonhap) -- Firefighters struggled to completely put out a fire at a high-rise apartment building in the southeastern city of Ulsan for more than nine hours Friday after at least 88 people were sent to hospitals for smoke inhalation.

The blaze broke out at around 11:10 p.m. Thursday at the 33-story Samhwan Art Nouveau commercial and residential building in Ulsan, and flames spread by strong winds to engulf the entire building at one point, sending hundreds of people to evacuate. 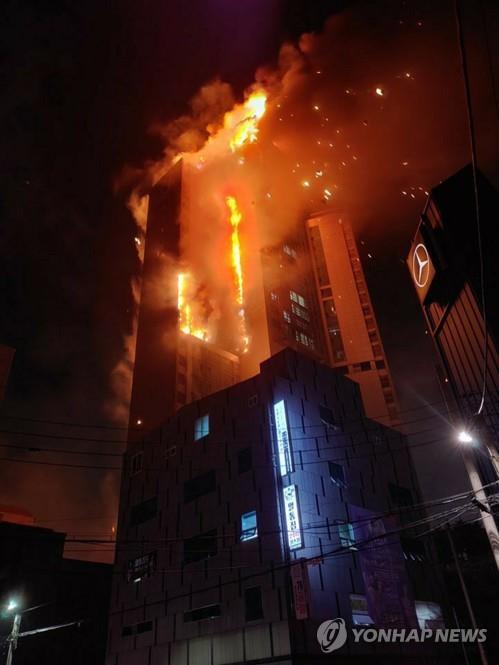 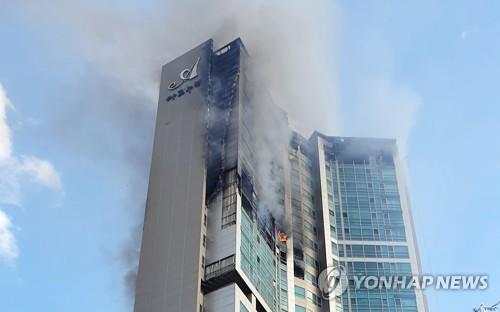