SEOUL/ULSAN, South Korea, Oct. 9 (Yonhap) -- Firefighters brought a fire at a high-rise apartment building in the southeastern city of Ulsan under complete control on Friday after nearly 16 hours of battling the flames, officials said.

The blaze broke out at around 11:07 p.m. Thursday at the 33-story Samhwan Art Nouveau commercial and residential building in Ulsan, and flames spread quickly by strong winds to the entire building.

Hundreds of people evacuated and a total of 93 people, including a firefighter, were taken to nearby hospitals for treatment. Three of them suffered serious injuries, but no deaths were reported, according to the Ulsan Fire Department. 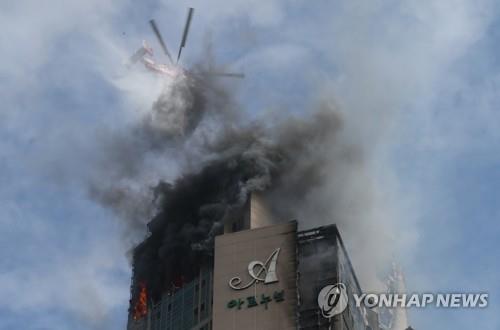 The fire is presumed to have broken out on the 12th floor of the building, which houses more than 120 households and shopping units.

An investigation is under way to find out what caused the fire, and the Ulsan Metropolitan Police Agency set up a task force involving 40 officials for a probe as well as a separate team in charge of supporting victims, according to the officials. 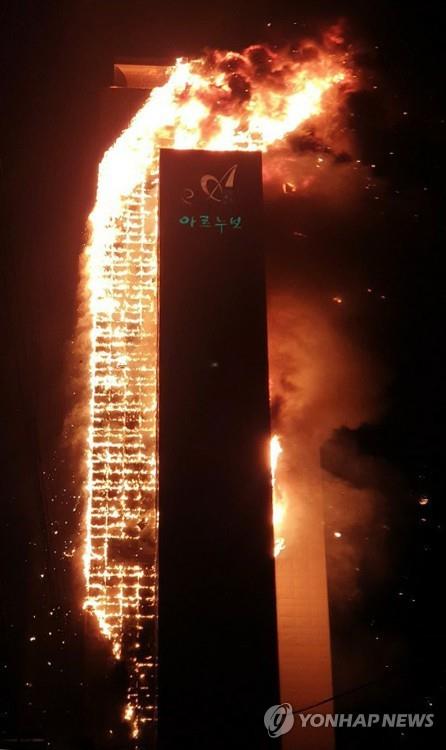 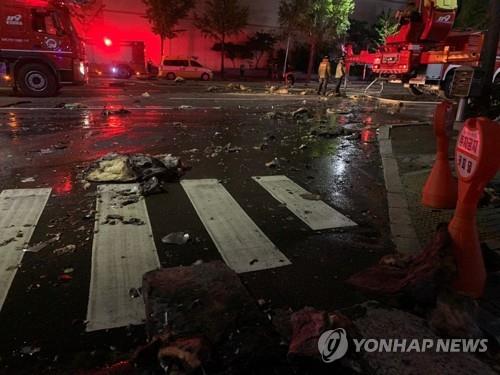 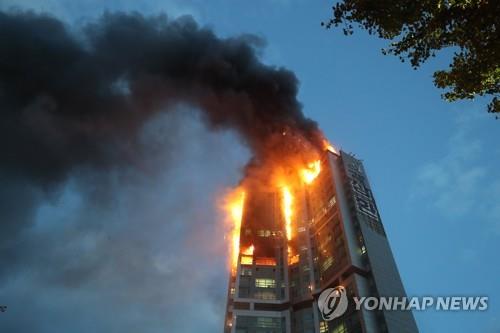