Choi went 1-for-4 as the Rays fell to the New York Yankees 5-1 in Game 4 of their American League Division Series (ALDS) at Petco Park in San Diego on Thursday (local time). The best-of-five series is now tied at two games apiece, and the two clubs will go right back at it Friday at the same ballpark.

Choi batted cleanup in each of the first three games of the series, with a right-handed starter on the mound. With the Yankees sending left-hander Jordan Montgomery to the hill in Game 4, Choi, who bats left-handed and has struggled against same-handed pitchers, remained in the cleanup spot in the starting lineup.

Choi grounded out weakly to first base in his first time up against Montgomery in the top of the second, when he got jammed on an inside sinker. 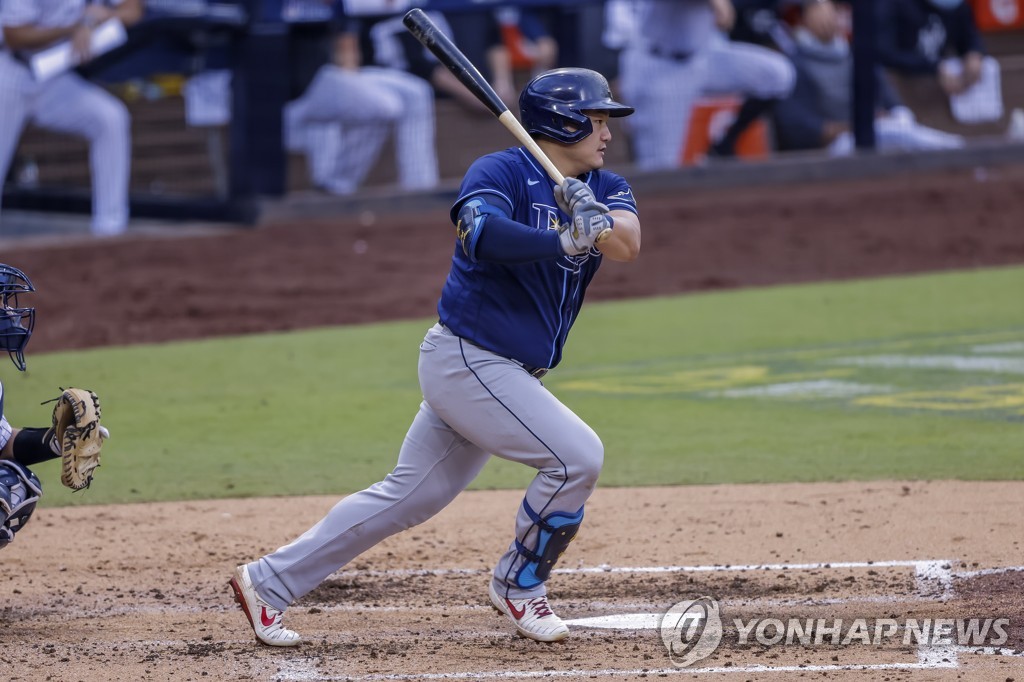 Choi led off the top fourth, with Montgomery still pitching, and lined a sharp single to right field. It would be Choi's only hit of the game and one of just three hits all game by Tampa Bay.

During the regular season, Choi experimented with switch-hitting. Against left-handers, he was just 1-for-13, but 0-for-6 from the left side of the plate.

Choi flied out to center field in the top sixth against right-handed reliever Chad Green. Then against left-handed closer Aroldis Chapman, Choi led off the ninth inning with a pop fly to the catcher.

With the lone hit in this game, Choi now has the most career postseason hits by a South Korean player with seven. Choi is 7-for-32 with two home runs, four RBIs and 10 walks in 12 playoff games.

Choi had been tied with Choo Shin-soo of the Texas Rangers, who has six hits in seven career postseason games.

In Game 5, Choi will likely find himself back in the starting lineup against the Yankees' right-hander Gerrit Cole, who will be pitching on three days' rest. Choi smoked a two-run homer off Cole in Game 1 on Monday and is 10-for-19 with four home runs, three doubles and 10 RBIs against the ace in his career, including the postseason. Choi has more hits against Cole than any other pitcher in the majors. He hasn't homered more than twice against anyone other than Cole.

Choi is the only South Korean still left in the postseason. Ryu Hyun-jin of the Toronto Blue Jays and Kim Kwang-hyun of the St. Louis Cardinals were sent home after the Wild Card Series, while Choo and the Rangers didn't qualify for the postseason. 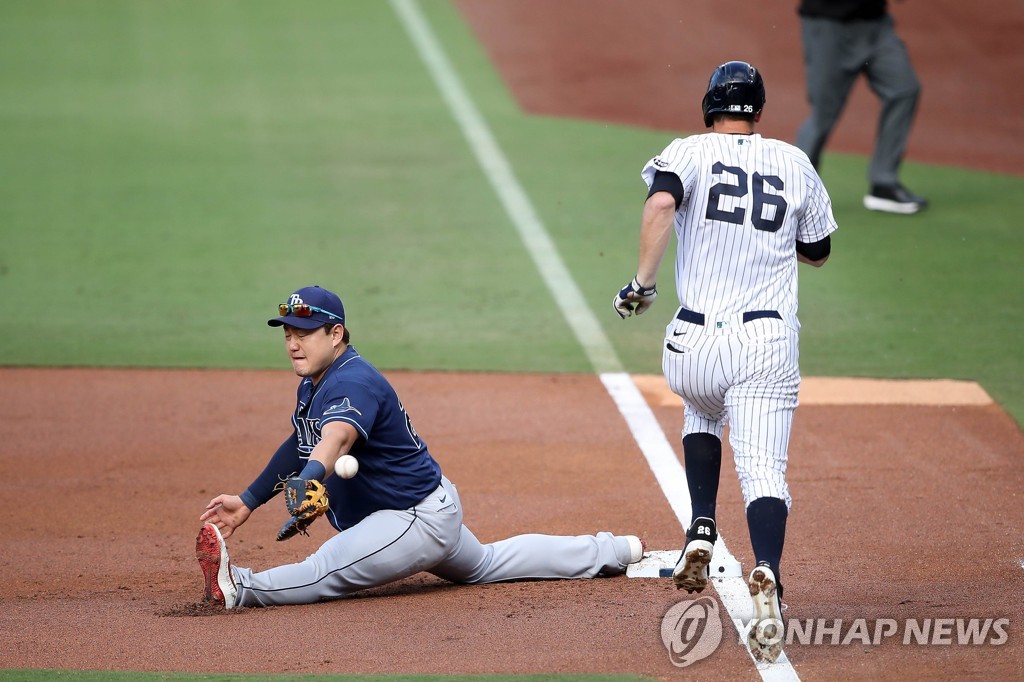 (LEAD) Rays' Choi Ji-man has one hit in ALDS loss

(LEAD) Rays' Choi Ji-man has one hit in ALDS loss