SEOUL, Oct. 9 (Yonhap) -- Police mobilized hundreds of buses Friday to cordon off Gwanghwamun Square in central Seoul and nearby areas to prevent illegal large-scale rallies amid concerns over the new coronavirus.

Conservative civic groups had planned to hold protests against the government at the square on the national Hangeul Day holiday, but a court issued a ban, citing concerns that such gatherings could spread COVID-19.

The government has taken a hard-line stance against public rallies after anti-government protests on Aug. 15 were partly blamed for a flare-up in new virus cases in South Korea. Under the government's anti-virus guidelines currently in place, outdoor gatherings of more than 100 people are prohibited.

Activists instead held small-scale protests and press conferences in downtown Seoul on Friday, and some conservatives are to stage "drive-thru" anti-government rallies in southern Seoul later in the day. Around 11,000 police officers are on duty to manage the situation, according to the Seoul Metropolitan Police Agency.

On Friday, South Korea reported 54 new COVID-19 cases, including 38 local infections, and the country's total caseload stood at 24,476, according to the Korea Disease Control and Prevention Agency (KDCA). 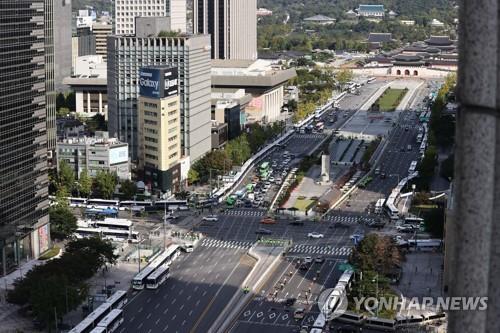 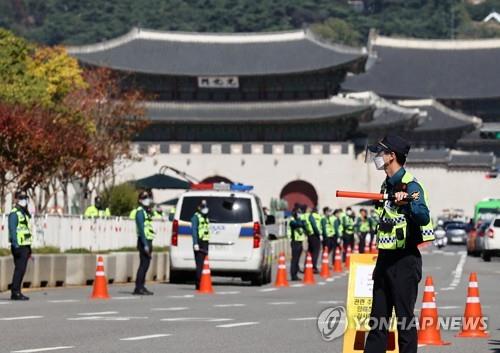 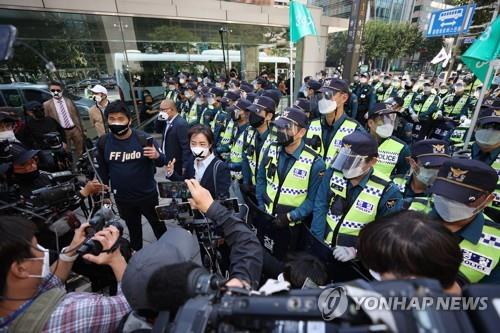