On Monday, South Korea unveiled the proposal that will limit its debt to 60 percent of gross domestic product (GDP) and its fiscal deficit to 3 percent from 2025.

If the fiscal deficit exceeds the limit, the government will be required to draw up measures to ensure fiscal soundness, according to the Ministry of Economy Finance. 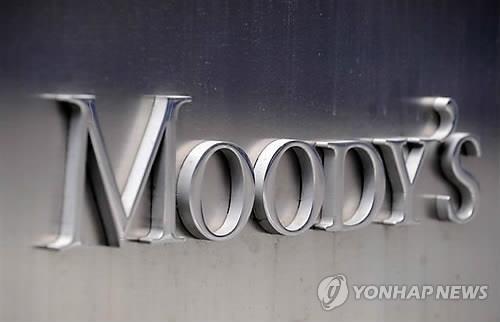 However, exceptions to those rules can be granted in a time of crisis, like the coronavirus pandemic, the ministry said.

"If passed by the National Assembly, the new rules will support sovereign credit quality, particularly in light of a sharp near-term rise in government debt and climbing fiscal pressures from an aging population over the longer term," Moody's said in a report on Thursday.

In May, Moody's kept its rating on South Korea at "Aa2" with a stable rating outlook.

Moody's rating for Asia's fourth-largest economy has been Aa2, the third-highest level on the company's table, since 2015, when it upgraded it from Aa3.

The rating agency said it views the implementation of new fiscal rules as "a prudent measure" that will stabilize South Korea's debt burden as the government signals continued fiscal accommodation beyond the pandemic shock.

South Korea projects the consolidated fiscal balance to remain in deficit through 2024, while the debt burden will reach 58.6 percent of GDP by 2024, up more than 20 percentage points from 2019.

The debt burden is expected to reach 43.9 percent this year as South Korea drew four rounds of extra budgets meant to ease the fallout of the coronavirus pandemic.

"Even in the event that its debt burden reaches the prospective ceiling of 60 percent of GDP, we expect that Korea will remain less indebted than advanced economies that share a similar rating, such as France (Aa2 stable) and the UK (Aa2 negative)," Moody's said in the report.