(ATTN: UPDATES with China's report on the letter in last 3 paras; ADDS photo)

"I extend warm congratulations and the best wishes to Comrade Chairman (Kim) and through you to the Central Committee of the WPK and all members of the WPK and the Korean people on behalf of the Central Committee of the Communist Party of China and on my own behalf on the occasion of the 75th founding anniversary of the WPK," the Chinese leader wrote, according to the North's Korean Central News Agency (KCNA).

"In recent years under the reliable leadership of the Central Committee of the WPK headed by Comrade Chairman, the Party and people of Korea have put efforts on strengthening the Party building and the economic work, have coped with all sorts of hardships and challenges in single-minded unity and conducted active exchange and cooperation with foreign countries to make a series of important achievements, while making steady advance along the path of socialism," Xi added.

China is North Korea's largest communist neighbor and trade partner, accounting for more than 80 percent of the impoverished North's overall imports and exports.

Xi's letter to Kim comes amid wide speculation that the communist North may unveil a new advanced weapons system at its military parade, expected to take place later in the day.

"We have an intent to successfully defend, consolidate and develop China-Korea relations together with Korean comrades and propel the long-lasting and stable development of the socialist cause of the two countries and thus provide the two countries and the two peoples with greater happiness and make new and active contributions to realizing regional peace, stability, development and prosperity," he wrote, according to the KCNA.

"I wish Comrade Chairman good health and success in your work. I hope that the WPK would make ceaseless development and the socialist cause of Korea would prosper." 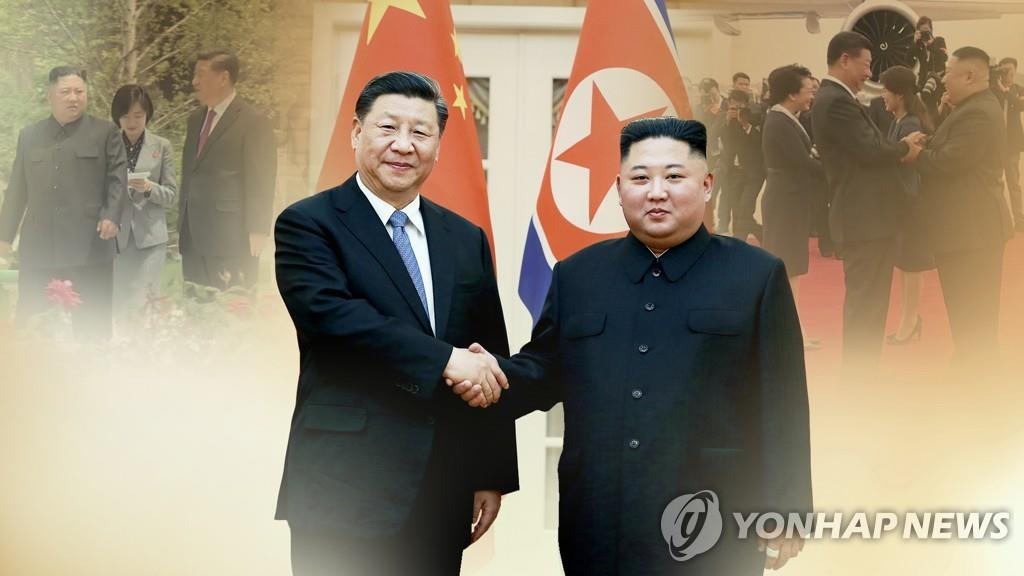 China's official Xinhua news agency confirmed that Xi had conveyed a congratulatory message on the anniversary.

In his message, Xi has extended "warm congratulations and best wishes" to Kim and other people in the North.

Xi assured Kim that Beijing stands ready to work with Pyongyang to maintain, consolidate and develop bilateral relations, and push for the steady and enduring development of the socialist cause of both countries so as to create more benefits for the two countries and people, and make new positive contributions to regional peace, stability, development and prosperity, Xinhua reported.
(END)