SEOUL, Oct. 10 (Yonhap) -- An independent lawmaker and son of late President Kim Dae-jung appeared at the prosecutors' office in Seoul on Saturday for questioning over an allegation he intentionally underreported property ownership just ahead of the general elections in April.

Kim Hong-gul said he would be "faithful" during the investigation as he walked into the Seoul Central District Prosecutors' Office with his lawyer.

Last month, Kim was expelled from the ruling Democratic Party due to the scandal. 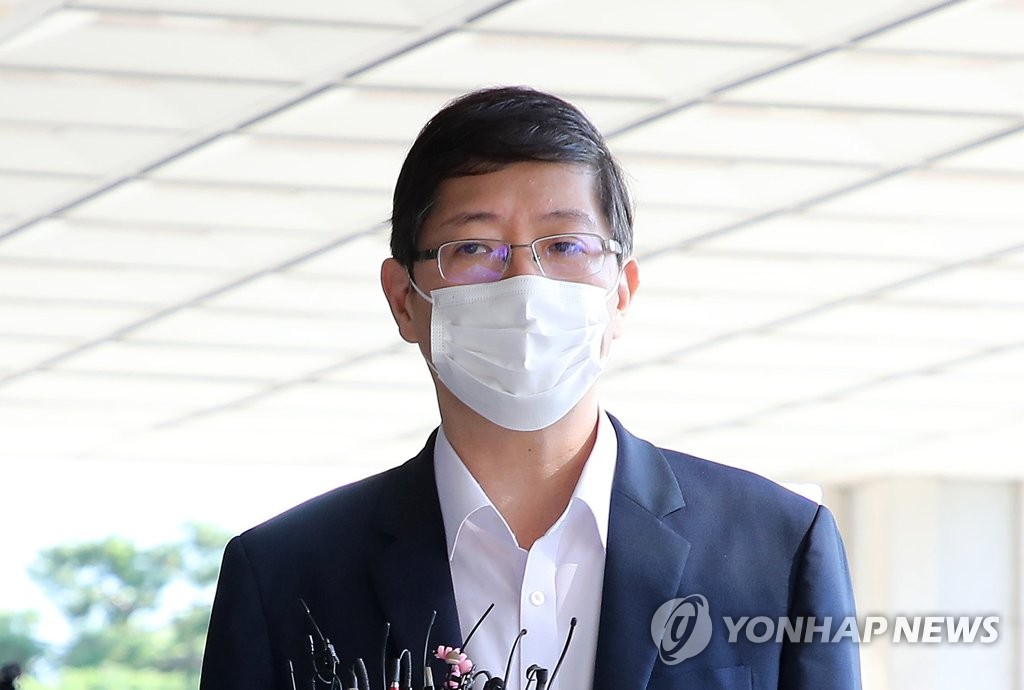 Kim was found to have omitted his purchase of the right to buy an apartment worth over 1 billion won (US$860,000) in a preelection report to the National Election Commission. He owns three other apartments.

In South Korea, before apartments are built, construction companies usually sell the right to buy units to ordinary people through lotteries and points-based systems, both of which are overseen by state authorities.

The government has unveiled a series of policies to curb a surge in home prices in Seoul and nearby areas.