SEOUL, Oct. 10 (Yonhap) -- Choi Ji-man of the Tampa Bay Rays went hitless in his club's postseason-series clinching victory, though he contributed on the defensive end in the early going.

Choi went 0-for-2 as the Rays edged out the New York Yankees 2-1 to take the American League Division Series (ALDS) in five games at Petco Park in San Diego on Friday (local time). Choi was lifted for a pinch hitter in the sixth inning. 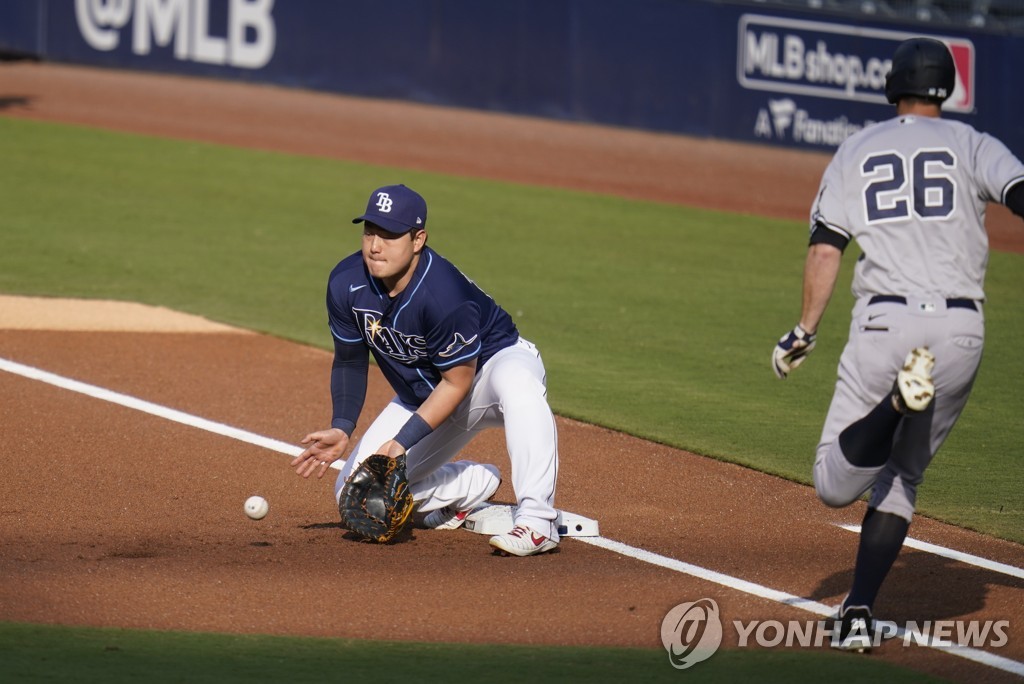 The Rays will face the Houston Astros in the American League Champions Series (ALCS) starting Sunday. There will be no off days for the best-of-seven series. The Rays will stay in San Diego, as Petco Park will once again serve as the centralized venue designed to eliminate traveling for teams during the coronavirus pandemic.

Choi will be the first South Korean position player to appear in an LCS in either the American League or the National League, and the first Korean player to do so since Ryu Hyun-jin pitched for the Los Angeles Dodgers in the 2017 NLCS.

Choi started and batted cleanup in all five games of the ALDS. In Game 5, Choi faced the Yankees' ace Gerrit Cole for the second time in the series. Choi, a longtime nemesis of the right-hander, blasted a two-run home run off Cole in Game 1 and entered this game having batted 10-for-19 with four home runs, three doubles and 10 RBIs against him, including the postseason.

But Cole, pitching on three days' rest, was dialed in against Choi, who grounded out in each of his first two plate appearances.

In the bottom first, Choi stepped in with one out and runners at first and second. He pulled a grounder to second baseman DJ LeMahieu and managed to advance the runners.

Choi led off the fourth inning with another groundout to LeMahieu, who was positioned well to his left in an infield shift against the pull hitter. 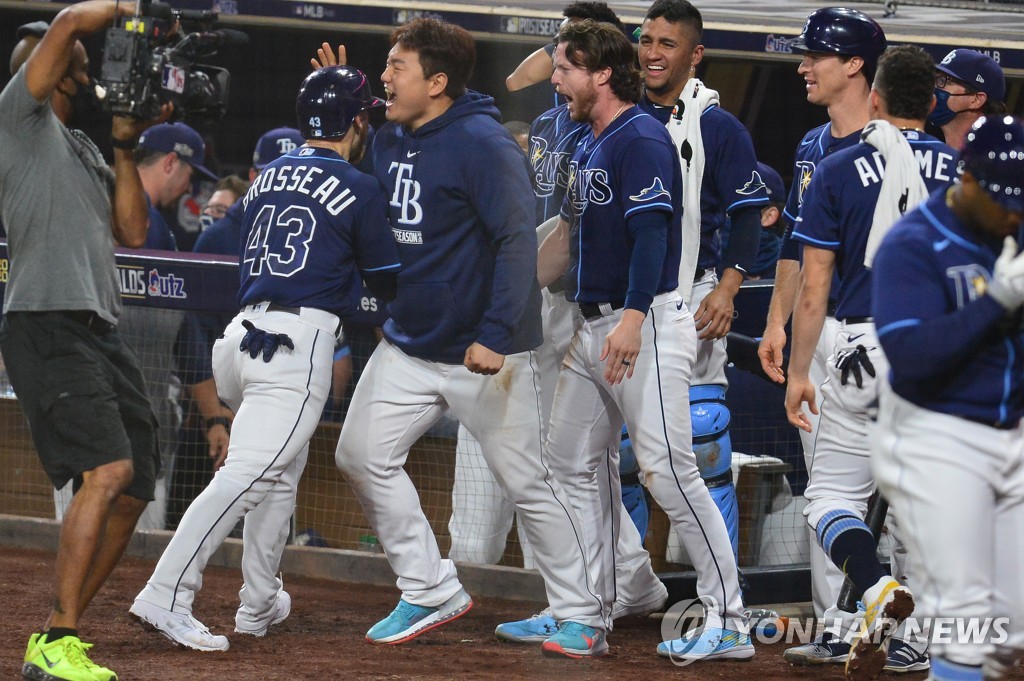 With one out in the sixth inning, the Yankees' pulled Cole and brought in left-handed reliever Zack Britton. The Rays then pinch hit right-handed batter Mike Brosseau for Choi, ending the South Korean's day.

Brosseau smoked a tie-breaking solo home run in the bottom of the eighth to give the Rays a 2-1 lead, and they hung on to win by that same score.

Choi made key defensive plays to record the first two outs in the top of the first inning, digging out a low throw by pitcher Tyler Glasnow to retire LeMahieu and then stretching to his right with a split to grab another poor throw, this time by shortstop Willy Adames, and get Aaron Judge out at first.

Choi is the only South Korean remaining in this year's postseason. Two starting pitchers, Ryu Hyun-jin of the Toronto Blue Jays and Kim Kwang-hyun of the St. Louis Cardinals, were eliminated in the Wild Card Series. Choo Shin-soo of the Texas Rangers didn't qualify. 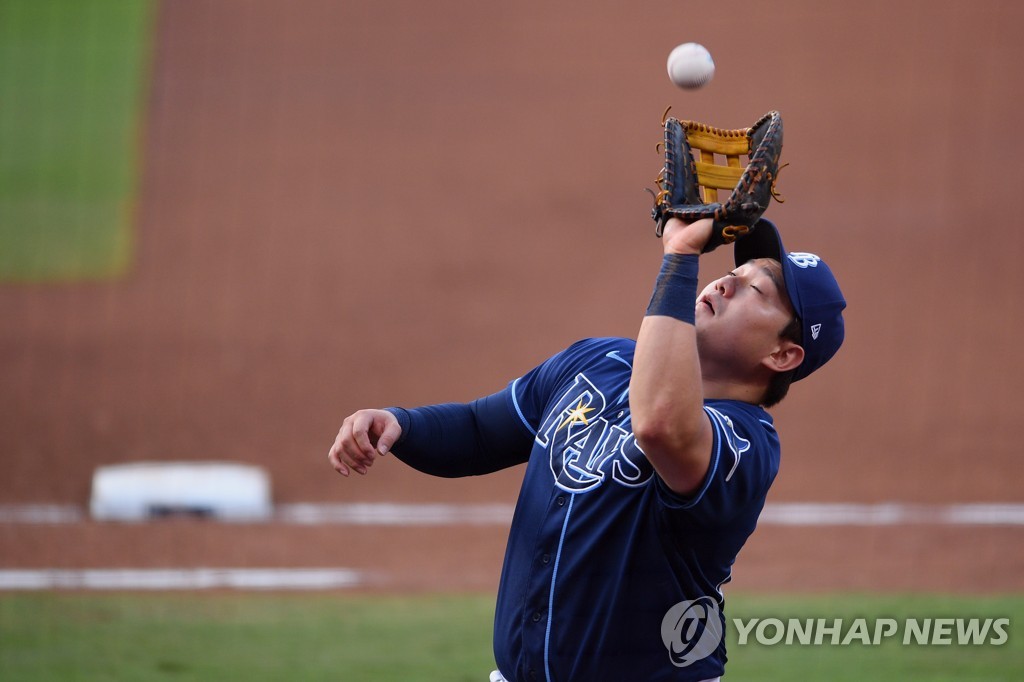