The gymnastic propaganda shows will be put on stage from Monday through the end of this month at the May Day Stadium in Pyongyang on the occasion of the party founding anniversary that falls on Saturday, according to Meari.

Earlier this year, a Beijing-based tour agency said that North Korea had informed the company of its plans to hold the gymnastic propaganda show in time for the party founding anniversary.

Observers, however, had expected the North to cancel the planned shows in consideration of the country's all-out efforts to stave off an outbreak of COVID-19.

North Korea has claimed to be coronavirus-free, but it has imposed strict restrictions on the movement of people and maintained tight border closure since early this year.

This month's shows appear intended to consolidate internal unity and call for loyalty for the North's leadership in the face of multiple challenges confronting the country, including recent typhoon damage and crippling global sanctions. 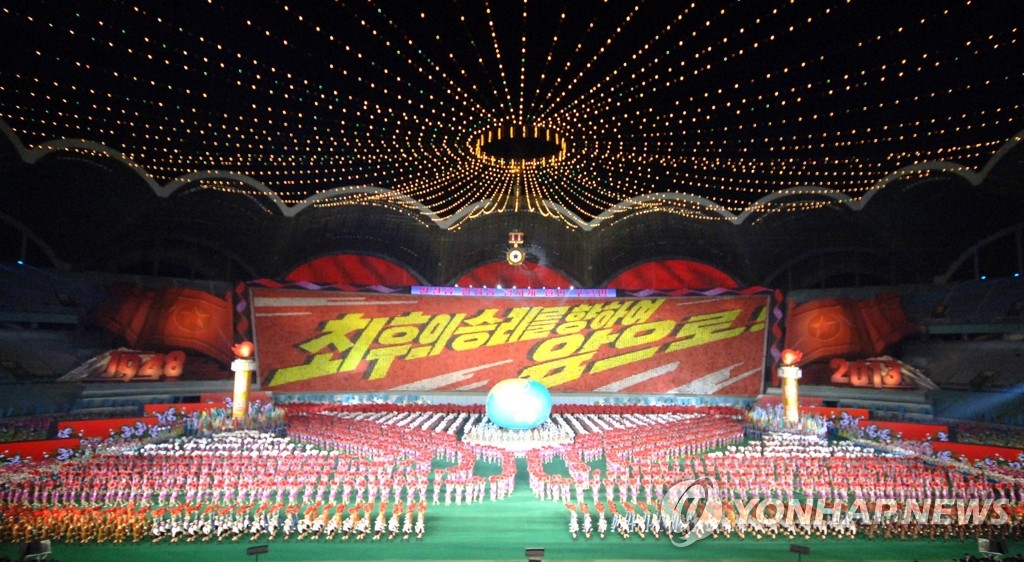