SEOUL, Oct. 10 (Yonhap) -- North Korea has renewed its opposition to terrorism, just months after the United States accused Pyongyang of failing to take action for its past support of international terrorism.

"It is the consistent stance of the government of the DPRK to oppose terrorism in all its forms and manifestations and any support to it," an unidentified North Korean diplomat said in a U.N. session earlier this week.

He also claimed North Korea is strictly implementing legal and administrative measures to prevent terrorism in view of political situations on the Korean Peninsula. 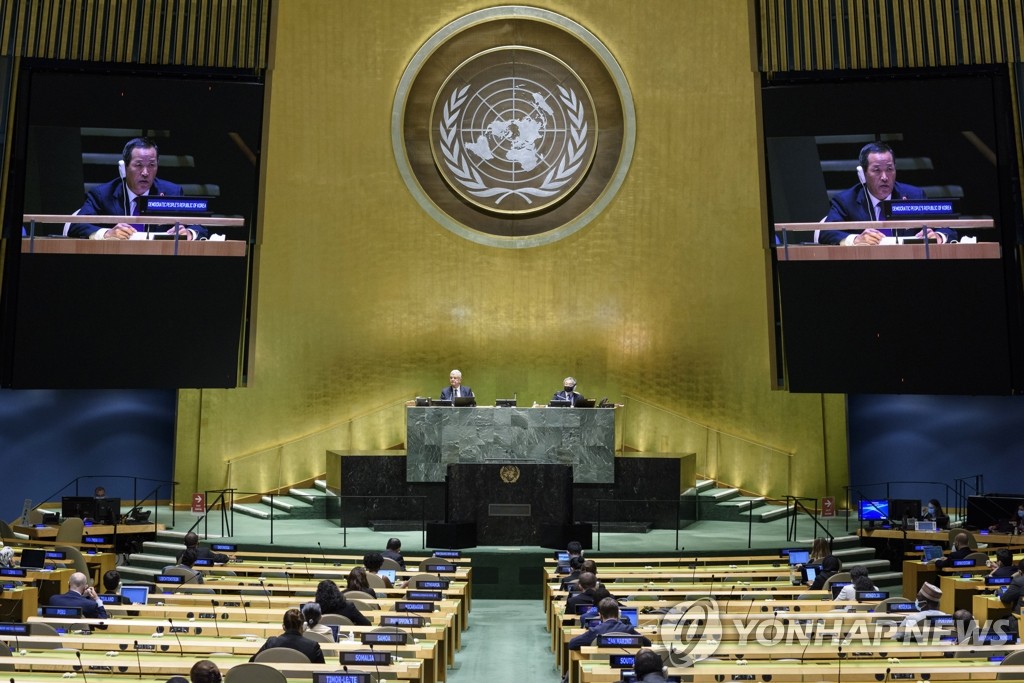 In June, the U.S. State Department said North Korea has failed to take action to address historical support for acts of international terrorism.

North Korea has been accused of being involved in the assassination of Kim Jong-nam, North Korean leader Kim Jong-un's estranged half brother, at a Malaysian airport in 2017.

North Korea was first designated as a state sponsor of terrorism in 1988 for its 1987 bombing of a South Korean airliner that killed all 115 people aboard.

Washington crossed out Pyongyang from the list in 2008 in exchange for progress in denuclearization talks.

In 2017, the U.S. redesignated North Korea as a state sponsor of terrorism after determining that the North Korean government "repeatedly" provided support for acts of international terrorism.

The North Korean diplomat lashed out at certain countries for labeling sovereign states as "terrorism sponsors" and implementing sanctions and pressure on them to meet their interests.

N. Korea renews its opposition to terrorism in U.N. session

N. Korea renews its opposition to terrorism in U.N. session