Leader Kim Jong-un attended the parade, where rifle-toting troops marched in neat columns through Kim Il Sung Square in the center of Pyongyang, as smiling spectators applauded, according to footage of the parade that the North's Korean Central Television began airing at 7 p.m.

It is not clear exactly when the parade was held, but the broadcast appeared to be recorded footage.

Earlier in the day, South Korea's Joint Chiefs of Staff said that the North appeared to have staged a massive parade at dawn involving a large amounts of equipment and personnel. 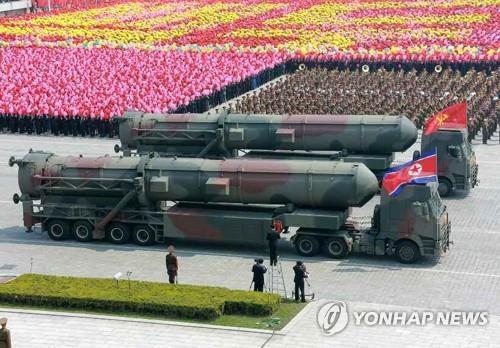