Kim also wished South Korea a fast recovery from the coronavirus pandemic in a reconciliatory message to Seoul, expressing hope that the day will soon come for the two Koreas to "join hands" after the current health crisis is over.

The address came at the start of the military parade staged at Kim Il-sung Square in the center of Pyongyang to celebrate the 75th founding anniversary of the ruling Workers' Party, according to state TV footage.

"We will continue to strengthen war deterrence for self-defense to deter, control and manage all dangerous attempts and threatening acts, including ever-growing nuclear threats, from hostile forces," Kim said while wearing a light-gray suit.

He made no mention of the United States during the address. 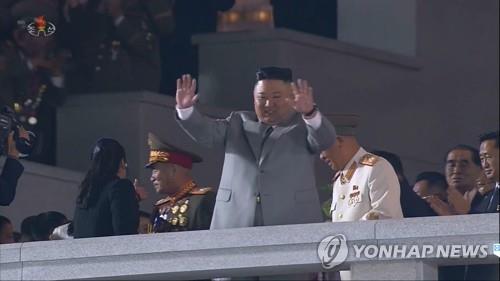 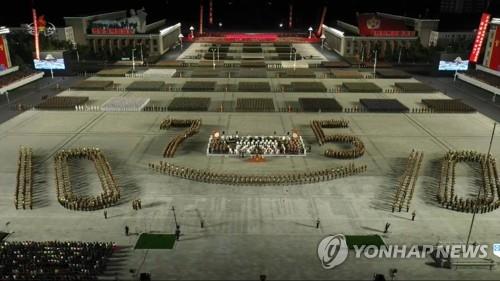