SEOUL, Oct. 10 (Yonhap) -- The new coronavirus has proven to be a longer-than-expected obstacle that has pushed the global music industry out of its comfort zone and into uncharted land where the heat and energy of live gigs no longer exist.

But it couldn't stop BTS and its dedicated fan base ARMY from connecting and proving their strong bond during the K-pop superstars' latest online concert, held Saturday.

BTS, the South Korean act that has made history with a Billboard No. 1 hit, "Dynamite," held its second-ever online concert on Saturday in the first session of a two-day schedule that was held virtually amid the ongoing pandemic.

BTS “Map of the Soul ON:E” completed with ARMY, Jimin sheds tears during the concert

For BTS and its agency, Big Hit Entertainment, it was their second time experimenting with the new format after successfully holding their first-ever online concert, "Bang Bang Con: The Live," which drew some 756,000 viewers from across the world.

The agency said that the concert titled, "BTS MAP OF THE SOUL ON:E," will be a grander version of the June concert, with a budget scale that is eight times bigger than the first concert and features high-tech features, like augmented reality and extended reality. 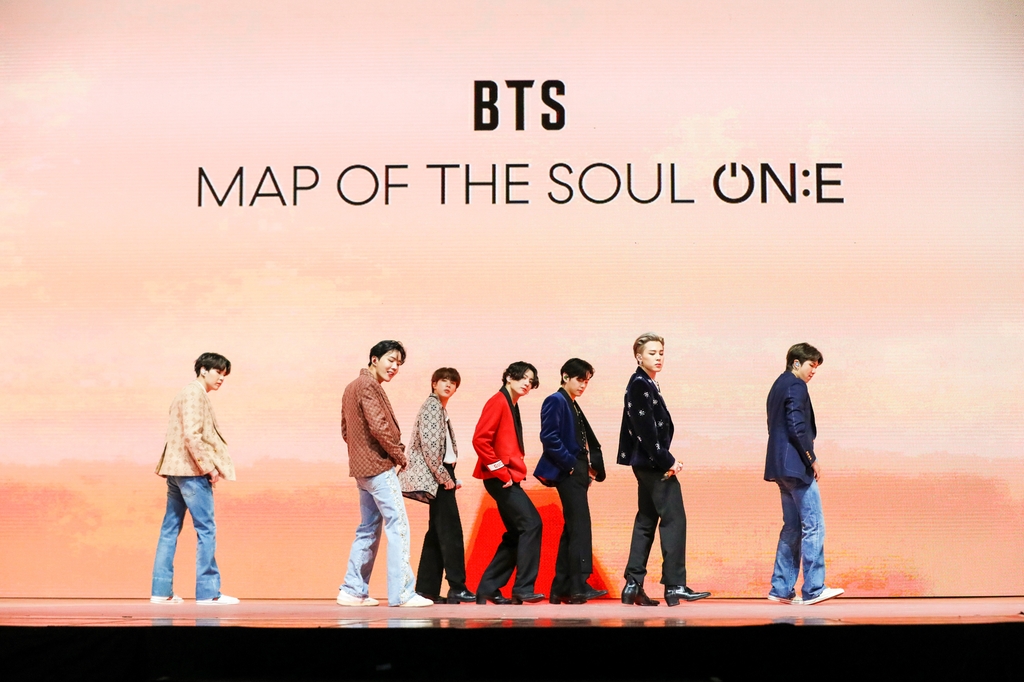 Saturday's stage was made possible by technology, Big Hit said.

Like the June concert, a multi-screen mode livestreamed the event, allowing viewers to watch the whole show through six different camera angles, and zoom in on their favorite members or take in the whole stage from a bird's eye view.

On one side of the screen, a chat window that allows fans to leave comments real-time was visible. There was also a virtual "ARMY bomb," or the band's signature light stick, that fans could shake.

Solo performances by some members, such as RM's "Persona" and Jungkook's "My Time," used visual technology to show larger-than-life versions of the singers in meticulously-produced stages.

But the near 3-hour show was more than a showcase of technology and production.

From the septet's powerful group dances to songs and performances focusing on specific members, the online concert invited fans to listen to both the group's latest and earliest songs, ranging from "Dynamite" to "No More Dream." Aesthetically-produced videos in modern art style and intermission-type talk segments that were scheduled in between the songs allowed fans to engage in the band's both artistic yet friendly side.

The true charm of Saturday's gig, however, came later in the show when the group showed up in a relatively small cube-like stage -- with walls of screens showing fans from around the world -- to sing "Butterfly."

The band's members seemed pleasantly surprised to see fans watching live, stepping closer to the screens to watch handwritten signs and their smiling face as they eagerly waved their glowing ARMY bombs.

The chat screen next to the multi-screen showing the show also exploded with purple heart emojis and names of the band's seven members as BTS and their loyal fans strongly bonded to overcome distance and time zones.

The remaining show was held at a bigger stage where members sang "Run" and "Dynamite." A huge screen behind the band was filled with faces of fans, allowing them to occasionally take part in group singing known as "ddechang" and chant BTS. 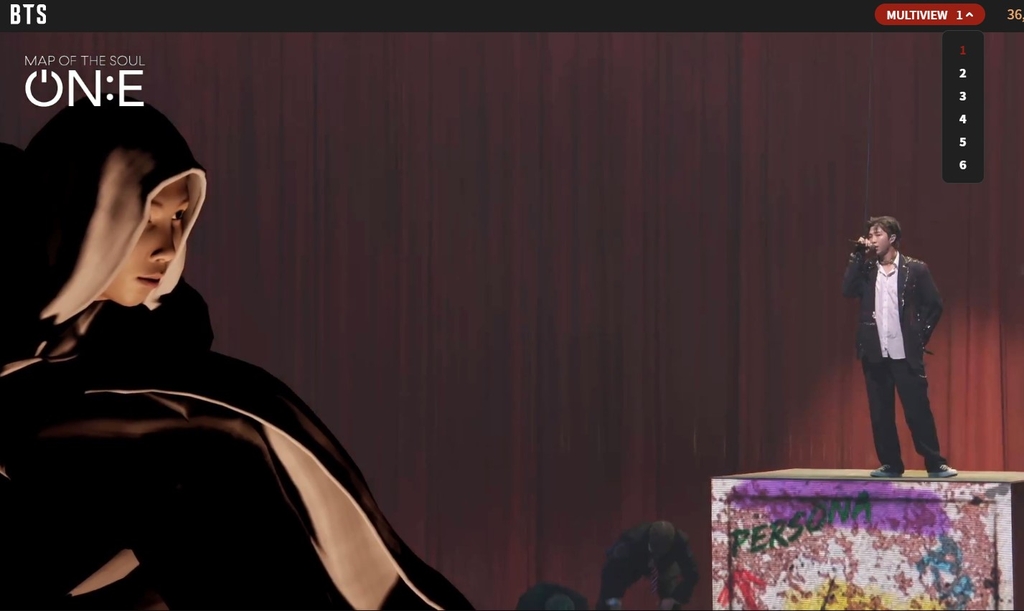 The more intimate ambience of the later part of the show reached a climax when the members took turns talking about their feelings about preparing show amid the pandemic and not being able to reunite with their fans.

"It was quite tough preparing for the concert," Jimin said in a trembling voice before breaking down into tears in a sign of how much the band missed being together with ARMY.

Members, like Suga, also openly spoke about how the last few months have been tough for the band.

"We had thought that we could go on stage in May or June and as the concerts were postponed and cancelled it was really tough for all seven of us ... Until Oct. 10, (I think I) forgot what kind of a person I am," he said, adding that Saturday's concert helped stave off that sentiment.

Jungkook expressed his gratitude to fans.

"To hear your voices and shouting after such a long time, it reminded (me) of the good memories we built together. I was really happy," he said. 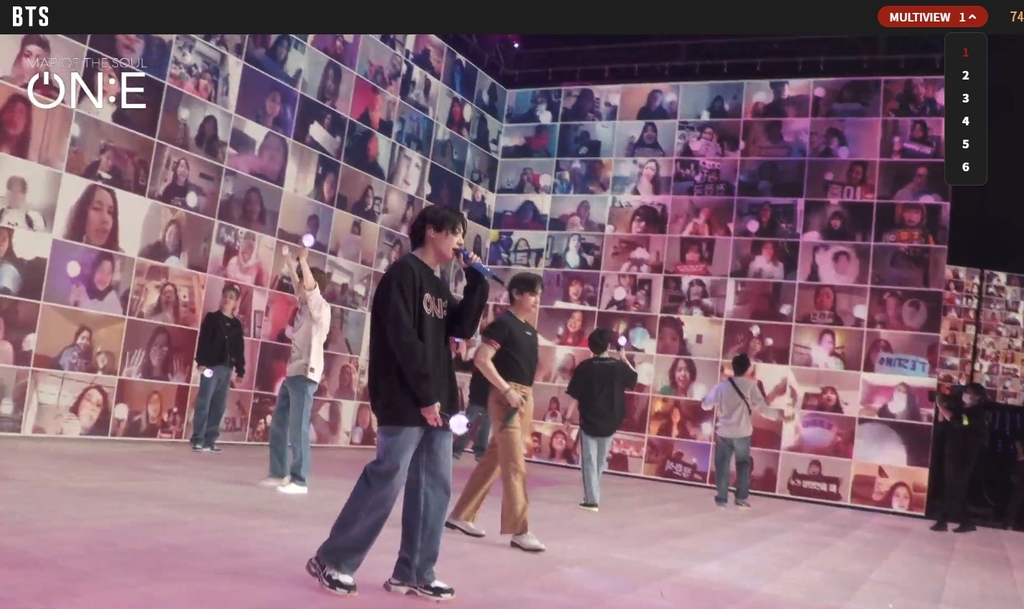 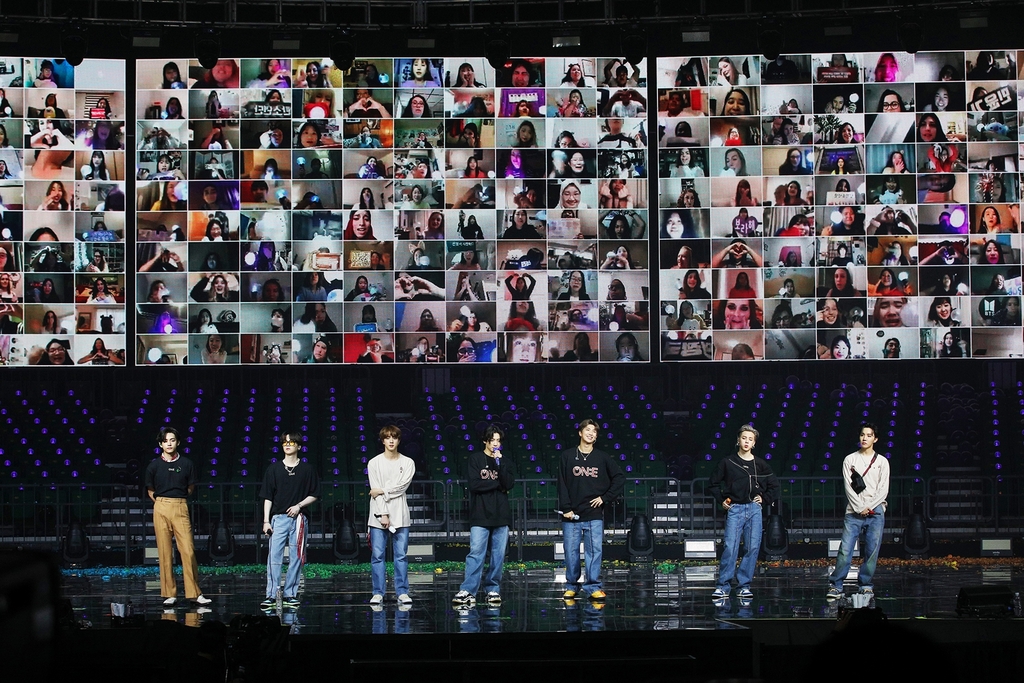 The show's visual climax came with the final song, "We are Bulletproof: the Eternal," as the seven-member band sang on a purple-lit stage with floating lights and cubes mirroring the faces of ARMY.

"We are literally strong. The ARMYs I know and the BTS you all know, we're all strong. We'll find a way, we always have. If there's no way, let's draw the map. No worries, we're strong, we're still connected," RM said ahead of the song, reminding the band and their fans of the strength that has led them to where they are now.

BTS will return on Sunday for the second day of its concert, with another set list. 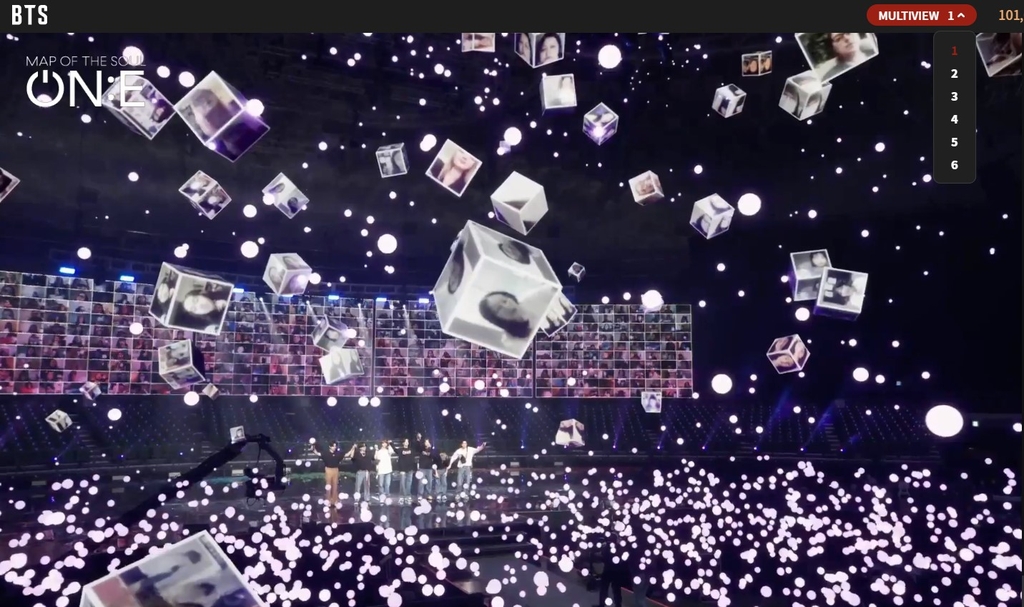 BTS online concert: the best of an online gig, complete with ARMY

BTS online concert: the best of an online gig, complete with ARMY