North Korea showed off a new intercontinental ballistic missile (ICBM) and other weapons during a massive military parade to mark the 75th founding anniversary of the ruling Workers' Party. North Korean leader Kim Jong-un vowed to continue to strengthen the country's self-defensive "war deterrent" at a speech he made at midnight Friday before the military parade started.

The youth shouted the slogan "Long Live Peerless Patriot General Kim Jong-un!" as they arranged themselves to spell the phrases "Great Party" and "Strongest Military Power," the KCNA said.

They also formed other words stressing self-reliance and made "loud shouts" at the square "to express the immense trust and reverence" for the party, it added.

The North appears to have highlighted the words "self-reliance" and "devoted service" in an apparent effort to rally internal unity and public support amid multiple challenges from its ongoing campaign against the coronavirus, devastation caused by recent typhoons and economic woes from global sanctions.

"The square was filled with great fervor and joy of the youth who are defending the 75th anniversary of the founding anniversary of the party and celebrating the glorious October holidays as they make a frontal breakthrough to tackle increasing pressure from our enemies and global catastrophes with the spirit of the youth of Mount Paektu," the KCNA said.

In Pyongyang, the anniversary was also celebrated with a fireworks display, a march of people from other parts of the country and a car parade, according to the report. 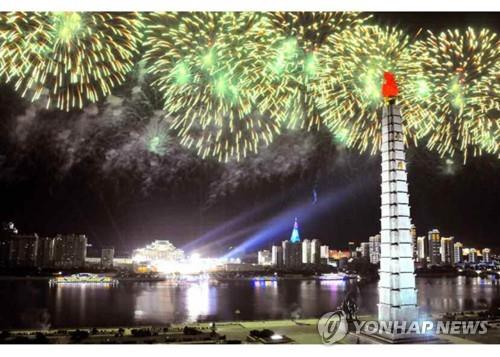 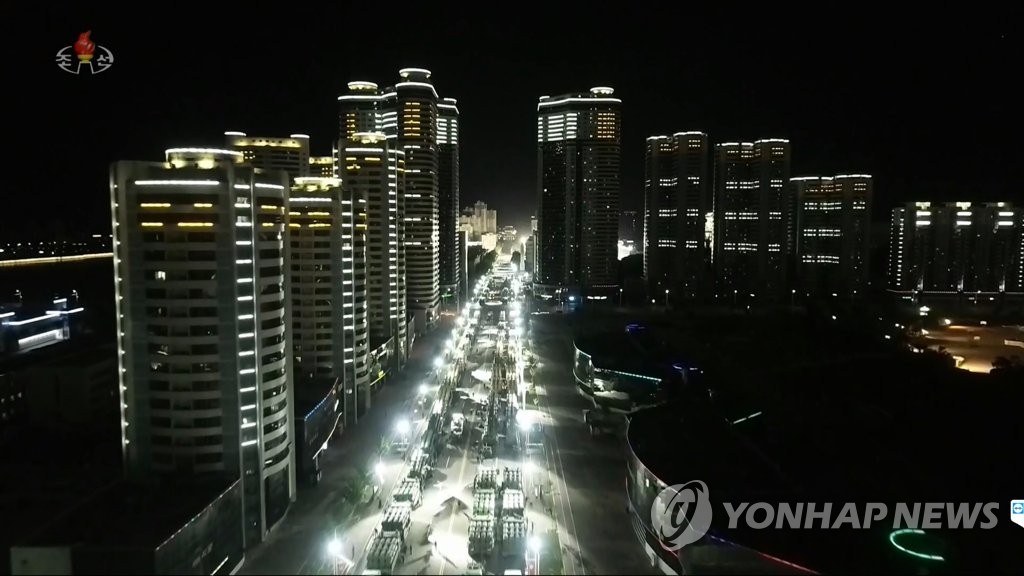