The nine-member group's second full-length album "Eyes Wide Open" features 13 songs, including "Behind the Mask" that was co-composed by British pop diva Dua Lipa. The lyrics for the track were written by South Korean singer-songwriter Heize, according to JYP Entertainment.

Some members of the girl group -- Jihyo, Sana, Dahyun, Chaeyoung and Nayeon -- also took part as the sole lyricists for some tracks, the agency said.

TWICE is set to release the album on Oct. 26. It's the group's first full-length album since it released its debut album, "Twicetagram," in October 2017. 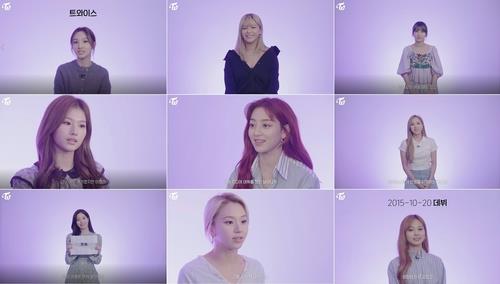 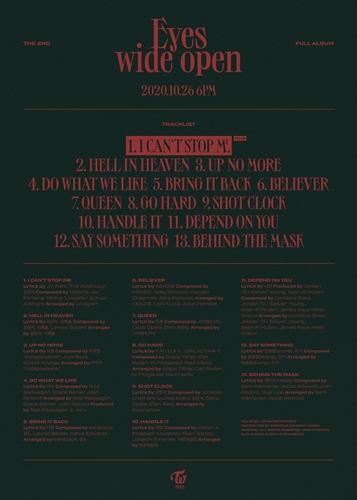