A 48-year-old delivery worker, associated with CJ Logistics Corp., was sent to the hospital after reporting breathing difficulty Thursday evening but passed away, according to the Korean Confederation of Trade Unions.

The veteran worker with 20 years of experience had delivered around 400 parcels on average each day, working from 6:30 a.m. to around 9 to 10 p.m., the union said.

The union said the delivery worker did not suffer any other health conditions, attributing his untimely death to overworking amid the new coronavirus.

The union also took issue with the government and industry's recent promise to hire more workers to help with sorting at logistics centers, saying it was not kept at the terminal where the deceased delivery worker was employed.

"Of the eight delivery workers who died from overworking, five of them worked for CJ Logistics," the union said. "The government and the logistics industry should come up with measures to prevent more deaths." 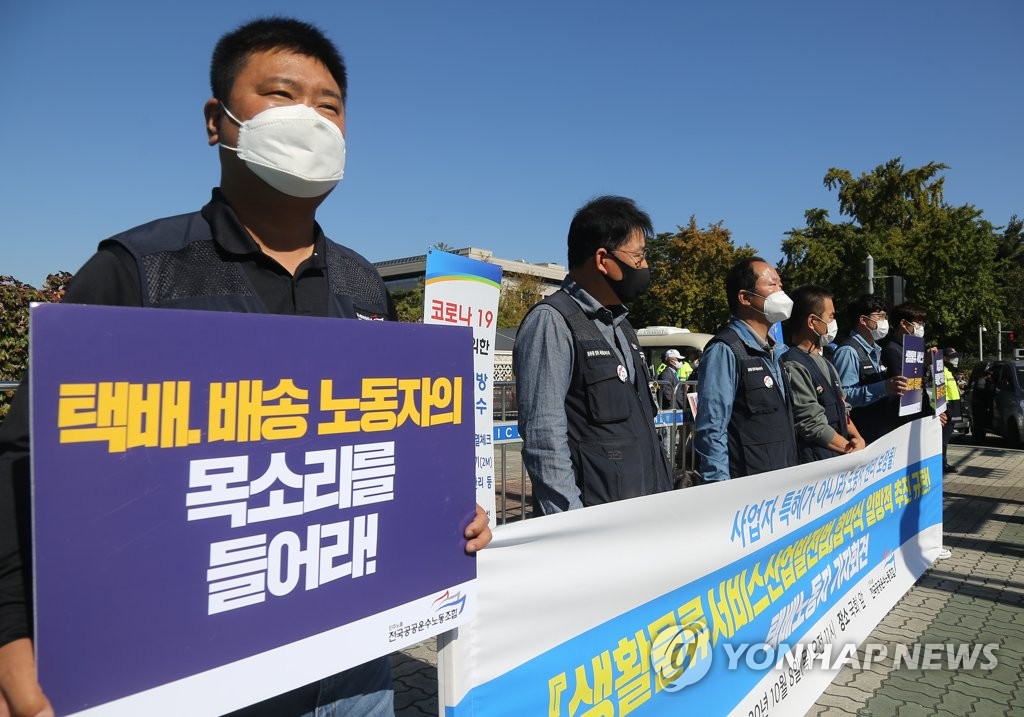 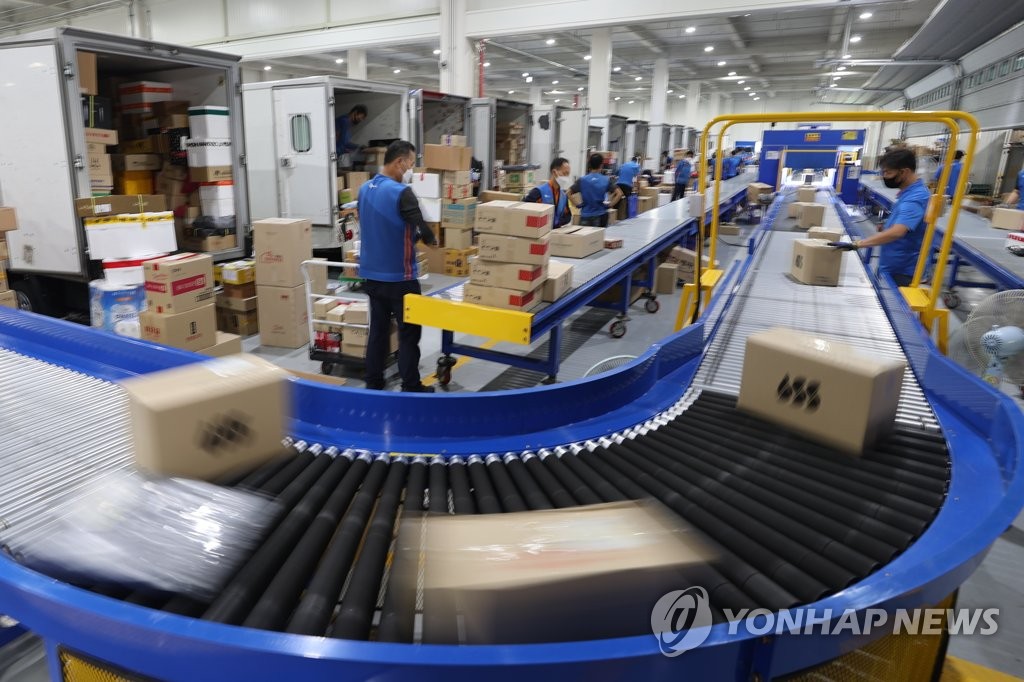