The Korea Baseball Organization (KBO) announced Yang as the winner of the monthly award on Sunday. Yang earned 20 out of 30 votes from the media to lead all six candidates. Yang finished second in fan voting with 31,209, while the Kia Tigers' pitcher Aaron Brooks garnered 109,635 votes. When the vote totals were converted into points, Yang came out on top with 41.42 points. Brooks, who picked up five votes from the media, finished with 36.73 points.

Yang batted .367/.422/.673 in 25 September games and led everyone with 32 RBIs and a .673 slugging percentage that month. Widely considered the KBO's finest catcher, Yang drove in seven runs against the SK Wyverns on Sept. 18.

The winner will receive 2 million won (US$1,750) in prize money and a gold bar worth 600,000 won, courtesy of the league's title sponsor, Shinhan Bank. 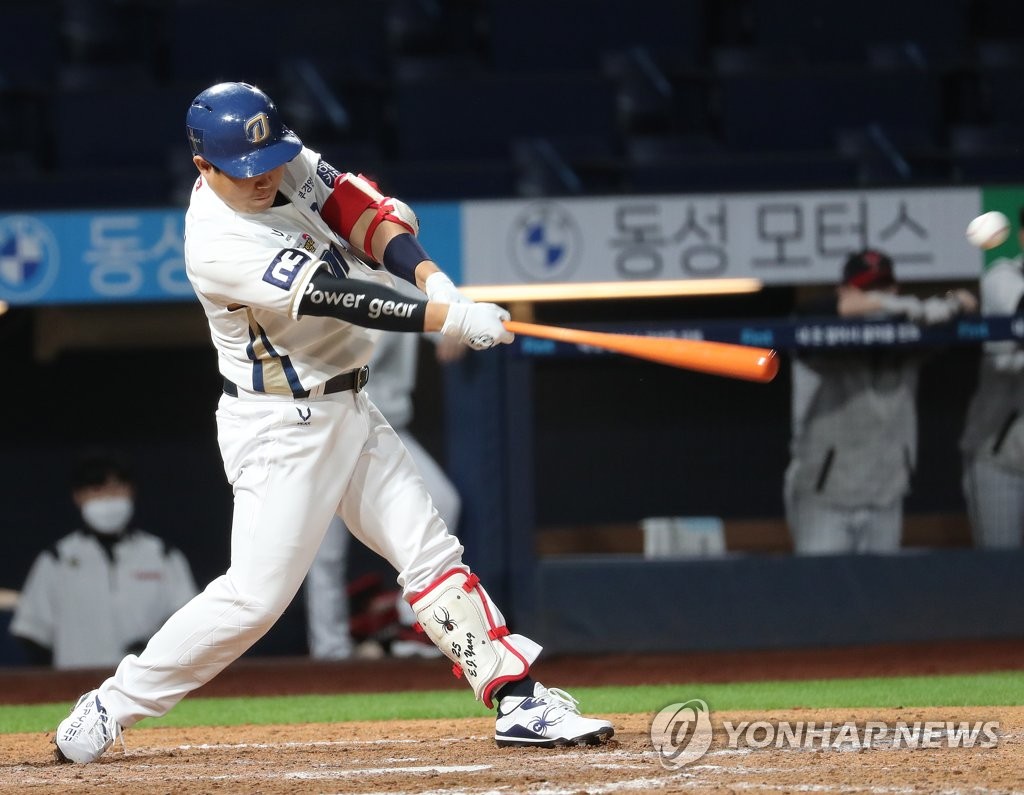