The men's senior national team and the under-23 national team will collide for the second of their two exhibition matches at 8 p.m. Monday at Goyang Stadium in Goyang, just northwest of Seoul in Gyeonggi Province. The first match, which ended in a 2-2 draw last Friday, was played without spectators in the stands. South Korea was still under Level 2 in the three-tier social distancing scheme, which meant sports matches couldn't have fans in the stands. 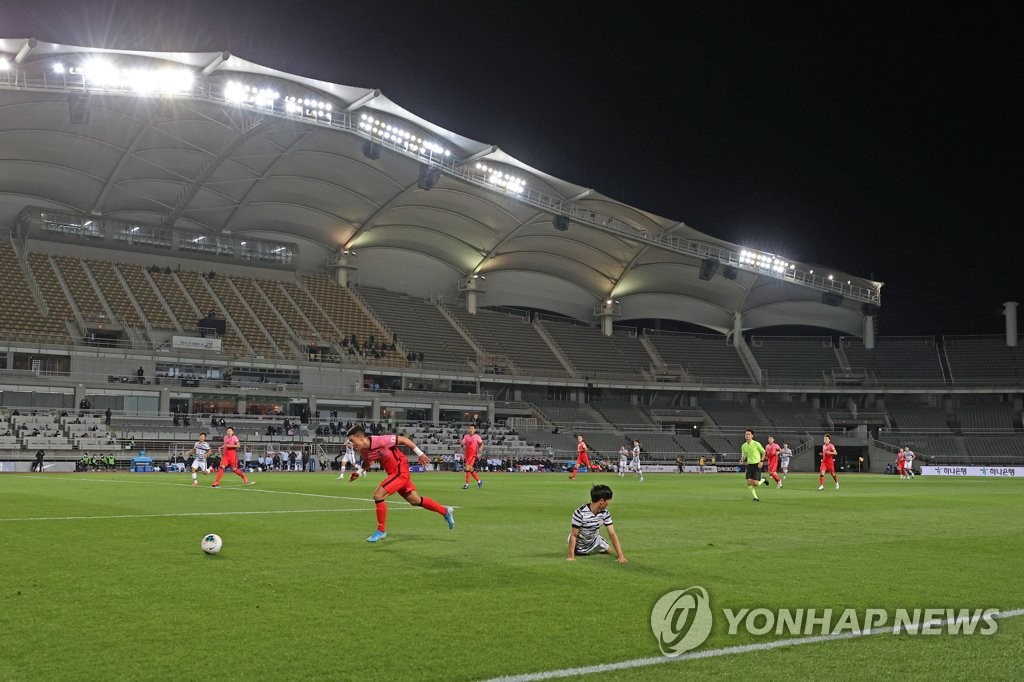 It was lowered to Level 1 on Sunday, and the government said sports games would now be able to admit crowds of up to 30 percent of stadium capacities.

Soon after the decision was announced, the Korea Football Association (KFA) said 3,000 tickets will go on sale at 3 p.m. Monday. Tickets can only be purchased online at the ticketing site, Interpark, to prevent a gathering of any crowd at the stadium box office.

The KFA has also implemented other regulations to ensure safe viewing experience for spectators.

Supporters must wear masks, go through temperature checks and fill out a digital entry log using QR code. They will not be allowed to bring in food or eat from their seats. Vocal cheering will also be prohibited.

With rigorous safety checks at the stadium, the KFA encouraged fans to arrive well in advance of the kickoff. Gates will open at 5 p.m.

The winning team of the two will donate 100 million won (US$87,450) in its name to aid the nation's fight against COVID-19. The senior team, coached by Paulo Bento, was the home team in the first game. The U-23 squad, coached by Kim Hak-bum, will be the home side on Monday.

The aggregate score will determine the winner, with the away goals rule in effect. In case of a tie after two matches, the teams will go to a penalty shootout without playing any extra period. 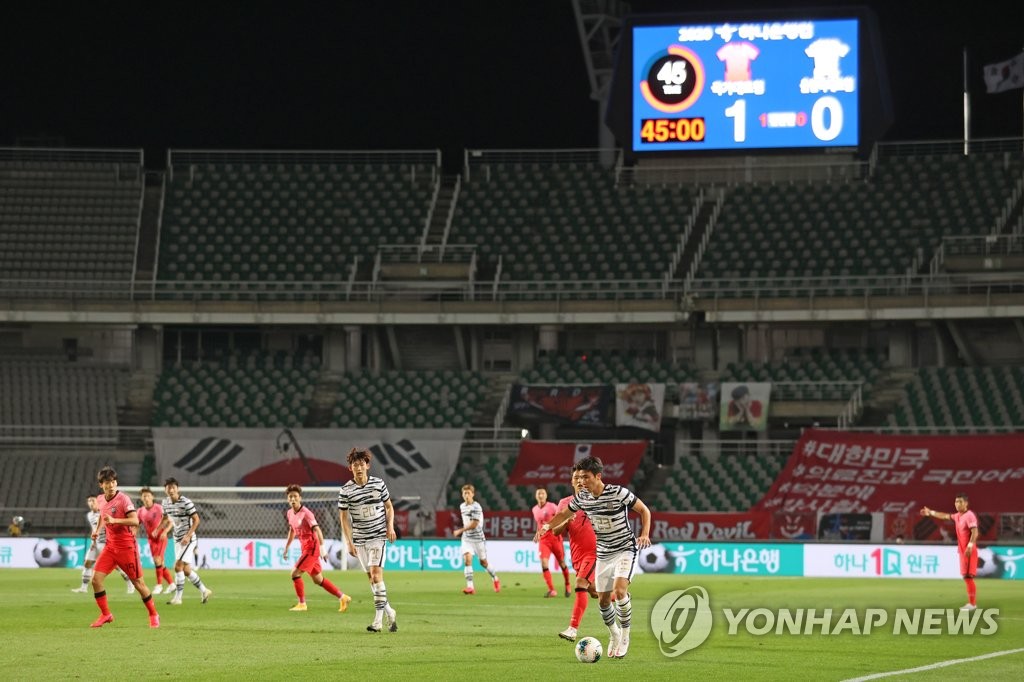 With social distancing rules eased, fans to be admitted for football exhibition match

With social distancing rules eased, fans to be admitted for football exhibition match