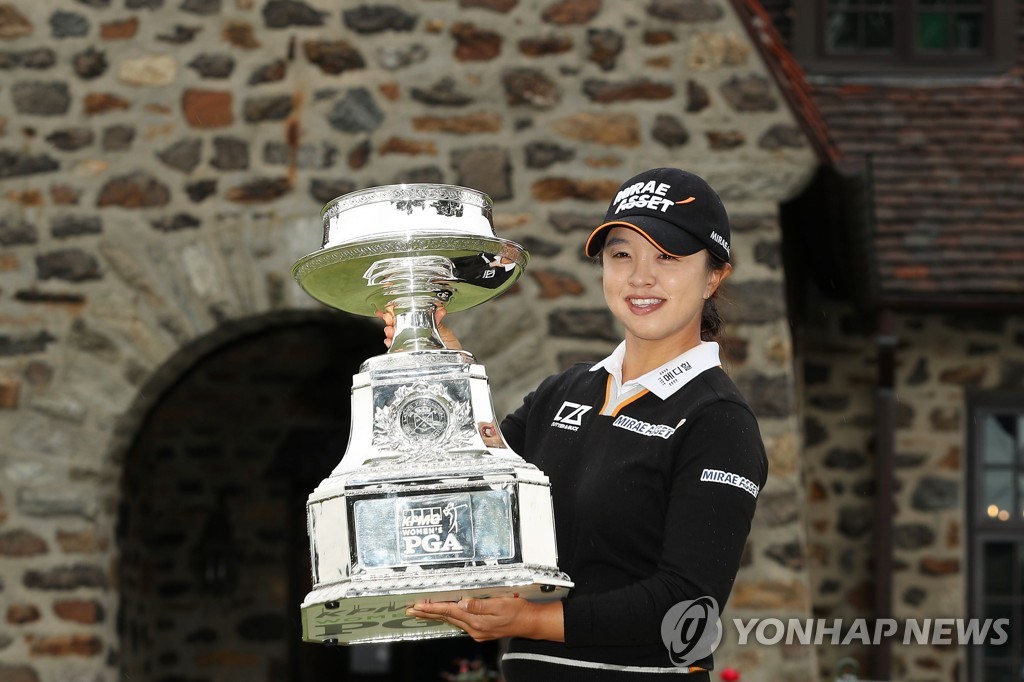 Fellow South Korean Park In-bee finished a distant second at nine-under 271. Park had her own bogey-less round of 65 but was no match against Kim on this day.

The breezy victory fills a glaring hole in Kim's sparkling resume that includes 10 other LPGA victories and the 2015 LPGA Rookie of the Year Award. She is now tied with Shin Ji-yai for the third-most career LPGA wins by a South Korean player.

"(Becoming a major champion) means a lot. I feel so emotional," Kim said in her post-championship press conference. "It's a dream come true. I've been waiting for a while to reach my biggest goal to win a major tournament, so I'm very glad to win the first major tournament at the KPMG."

The 27-year-old Kim is the second straight South Korean to win a major during this pandemic-disrupted season. Lee Mi-rim won the ANA Inspiration last month in California.

Kim also climbed to No. 2 on the money list, with $908,219, trailing only Park In-bee. Kim is also second in scoring average with 68.391 strokes and in the Player of the Year points race with 76. Kim is well within striking distance of Park, who leads with 90 points. A tournament win is worth 30 points, and points are doubled at major championships. The last major of the season, the U.S. Women's Open, is scheduled for December.

At seven-under, Kim held a two-shot lead over Brooke Henderson of Canada and Anna Nordqvist of Sweden entering the final round. Park was another stroke back at four-under.

And with Kim in complete control while sporting her signature Sunday red trousers, the tournament was essentially over by the end of the front nine. 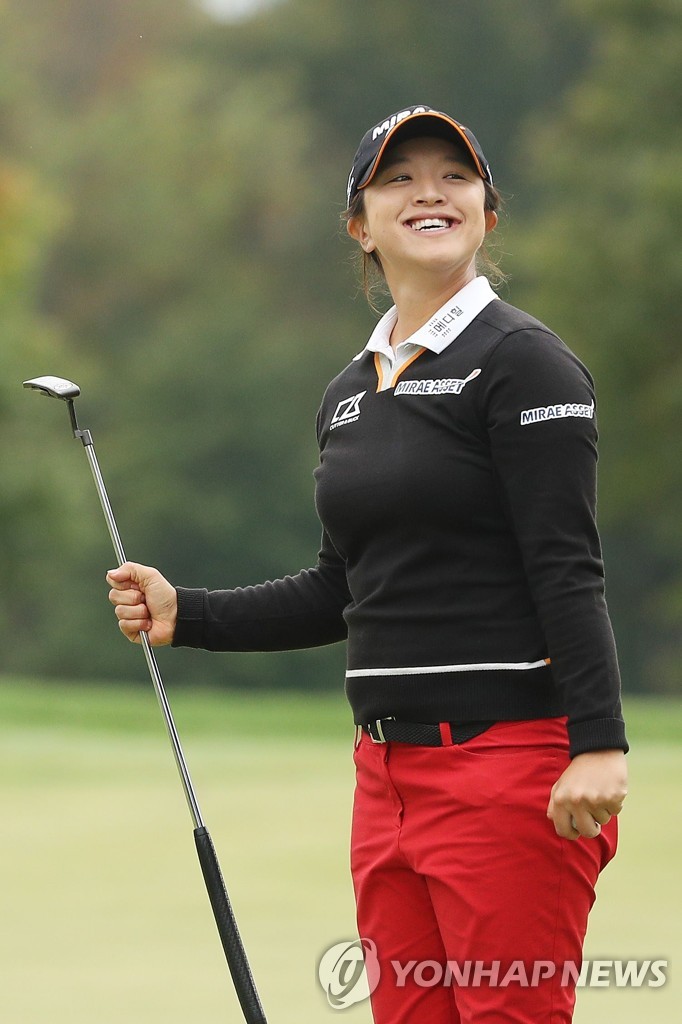 After saving par with a lengthy putt at the second hole, Kim scored her first birdie at the third hole. And with birdies at the sixth and the ninth, Kim made the turn at 10-under, six ahead of Nordqvist and seven better than Henderson.

Park, playing in a group ahead, also had three birdies over her first nine holes to keep pace, but she still sat three strokes back of Kim.

Park closed to within two shots of Kim with a birdie at the 12th, but then Kim pulled away with birdies at the 13th and 14th, taking a four-stroke lead with four holes to play.

At the par-5 16th, Kim found the rough off the tee, and her second shot also landed in deep grass, but she still picked up her sixth birdie of the day. She made a tricky putt for another birdie at the par-3 17th for good measure, moving to 14-under. 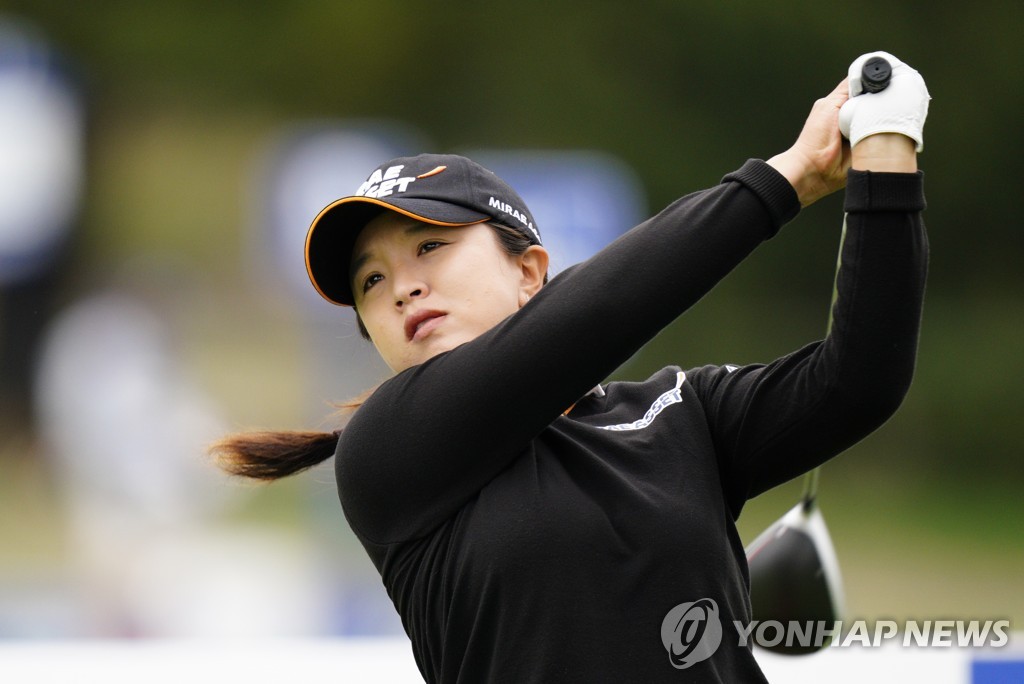 The only suspense left was just how low Kim could go on a day when other contenders could barely break par. Her birdie attempt at the 18th barely missed, and Kim, finally letting her guard down with a wide grin, tapped it in for the closing par and the largely stress-free victory.

Kim later said saving par on the second hole was a key moment of her round.

"I made a small mistake on No. 2 with my approach shot," she said. "I made a long par putt to keep my momentum going. I think that was a moment that really I thought changed it today."

Kim posted two top-10s in her first two tournaments of this season in January. The tour pressed pause in mid-February due to the COVID-19 pandemic and didn't resume action until the end of July. Kim, who stayed home in South Korea during the hiatus, rejoined the LPGA at the end of August and finished tied for fifth in her first tournament back.

After a couple of T-18th showings in her next two tournaments, Kim had her big moment Sunday. It was her 29th appearance in major championships.

Previously, Kim's best performances at a major had been a runner-up finish at the 2015 KPMG Women's PGA Championship and the 2018 Evian Championship. 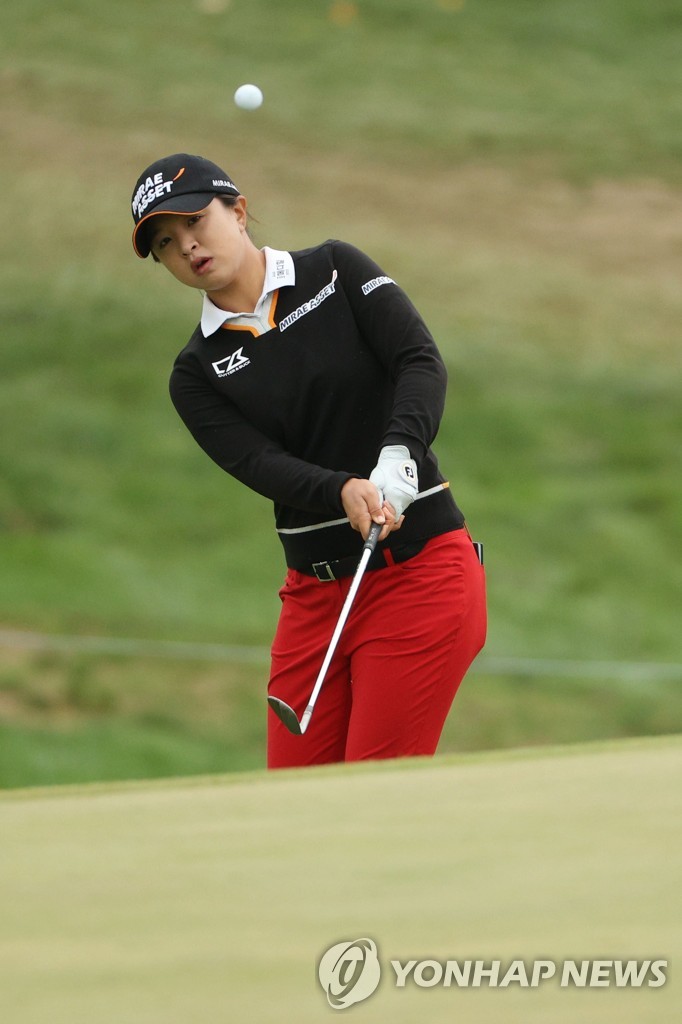