In her sixth year on the LPGA Tour, South Korean star Kim Sei-young has finally claimed her first major title, an accomplishment that puts her on a Hall of Fame track.

Kim dusted off the field in taking the KPMG Women's PGA Championship by five shots at Aronimink Golf Club in Newtown Square, Pennsylvania, on Sunday (local time). With a bogey-free 63 in the final round at the par-70, 6,577-yard course, Kim finished at 14-under 266, the lowest total score in the tournament's 66-year history. 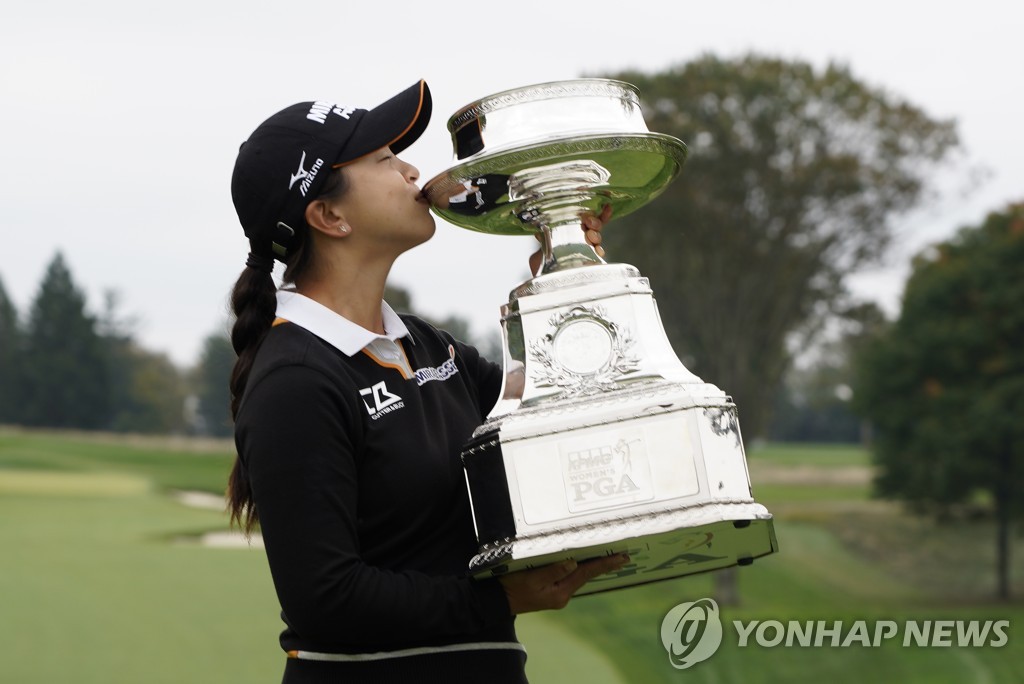 Park In-bee, one of two South Koreans in the LPGA Hall of Fame, finished alone in second at nine-under 271.

"I stuck to my game plan. Just focused (on) one shot at a time," Kim said in her post-victory press conference. "I did not look at the scoreboard once. I knew that In-bee was going to play great, but I had to just focus on my game."

With 11 victories now at age 27, Kim is charting her own Hall of Fame path and may well join Park and Pak Se-ri, the trailblazing Korean who dominated the tour in the late 1990s and early 2000s, in the select company.

To be eligible for the LPGA Tour Hall of Fame, a player must have been an active tour member for 10 years, and must have won at least one of the following: an LPGA major, the Vare Trophy for the scoring title or the Player of the Year Award. The inductee must also have earned 27 Hall of Fame points. A tournament win is worth one point, and a major title is good for two points. The Vare Trophy or the Player of the Year honor is also worth one point. 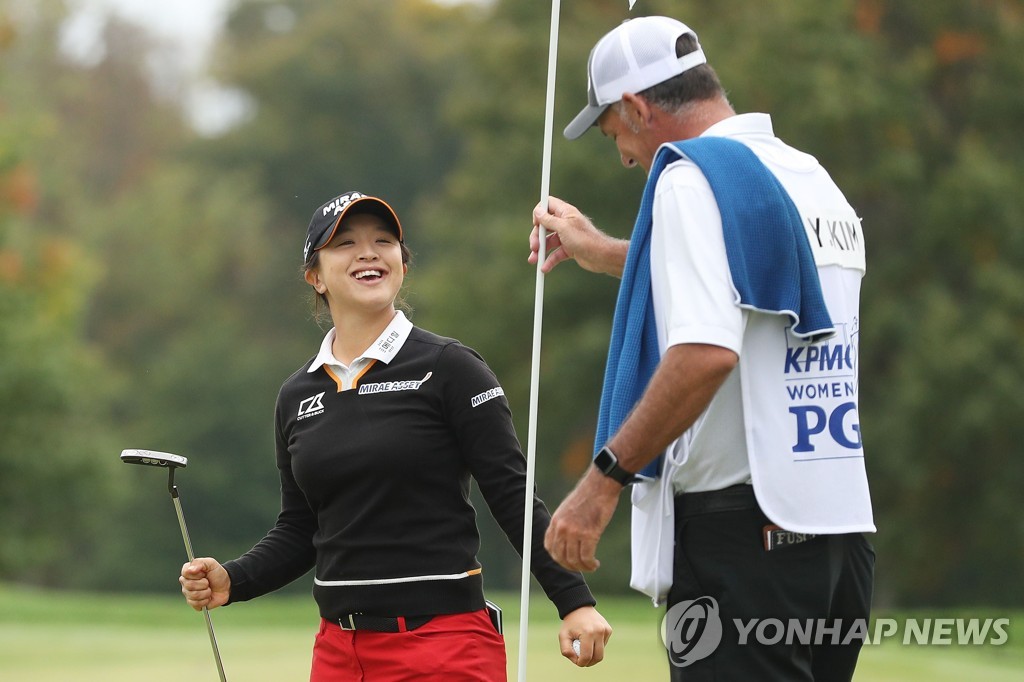 At age 27 and in her sixth season, Kim sits at 12 points from her 10 regular tournament wins and one major championship. This year, Kim is second in the scoring average with 68.391 after 23 rounds. Fellow Korean Lee Mi-rim, who won her first career major last month, is the leader at 66.867 after 15 rounds. A player must complete at least 70 percent of official LPGA rounds to be eligible for the Vare Trophy.

For the Player of the Year points race, Kim is 14 points behind the leader, Park In-bee, at 76 points. A tour victory is worth 30 points and a major title is worth 60 points. 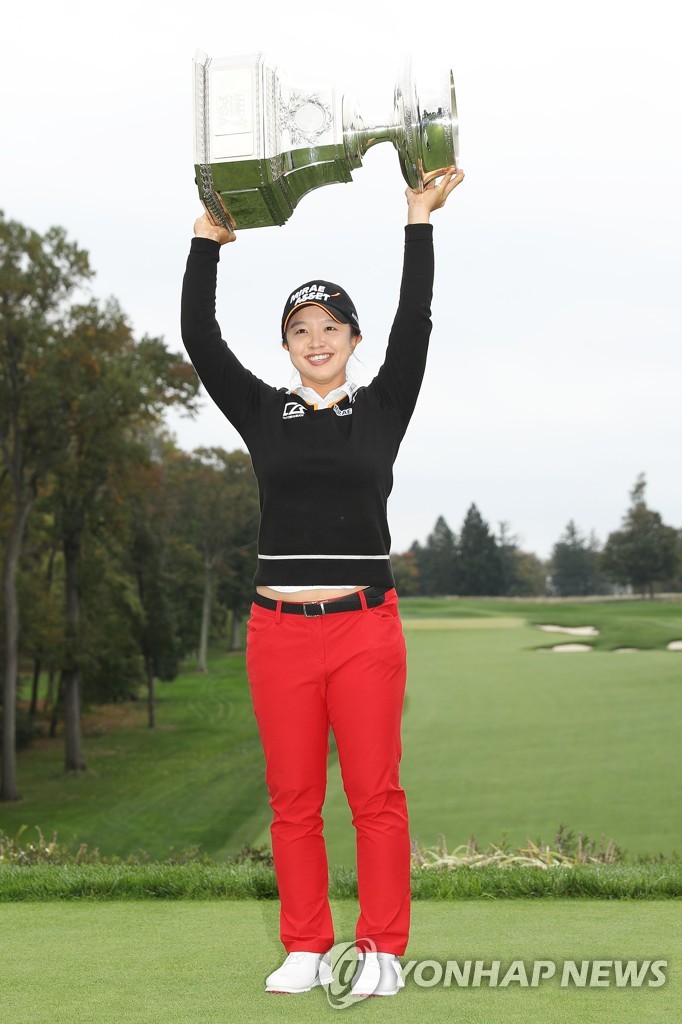 Assuming Kim takes the scoring title and claims another major at the U.S. Women's Open in December, she would then have 15 points. Winning two majors and the Vare Trophy would make Kim a front runner for the Player of the Year honor. In the absolute best-case scenario, then, Kim would end 2020 with 16 points, 11 away from the Hall of Fame with her prime years still in front of her.

Kim has won at least once every year since her LPGA debut in 2015. With 10 wins prior to her breakthrough, Kim had the most career victories without a major among all active players.

And the win in Pennsylvania has changed the narrative from, "Will Kim ever win the big one?" to "How many more majors will Kim win now?" 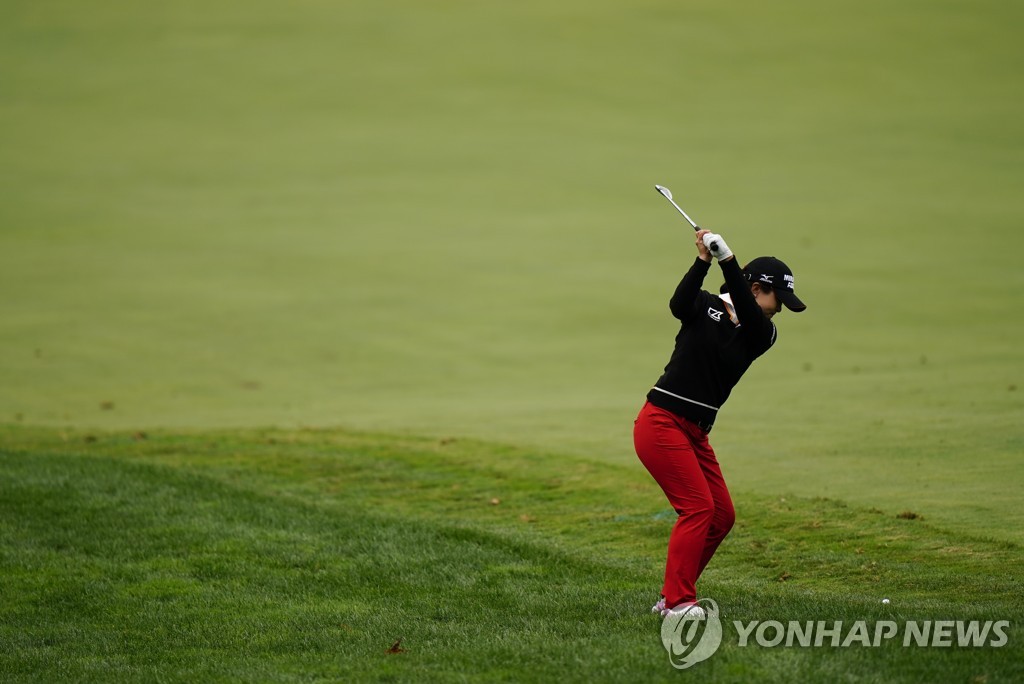 Always a daredevil on the course, Kim attacks fairways and greens like few others. As attested by her 4-0 record in LPGA playoffs, Kim is a fearless competitor who doesn't shy away from big moments. She has consistently been one of LPGA's longest hitters and ranked among the leaders in greens in regulation.

In other words, Kim has always had the game to win a major.

"I dreamed of winning a major championship after seeing Pak Se-ri winning the first one for our country (in 1998)," Kim said. "To be honest with you, I didn't know it was going to take this long."

Kim, who had two runner-up finishes at majors before this victory, said the biggest difference was reining in her signature aggression.

"Looking back at those (past) tournaments, I think I was really playing aggressively trying to win, but this week, I tried to stay composed, focus on my game, not worry about other factors that might affect my game," Kim said. "And I think that helped overall."

Kim took a two-stroke lead over two players, Brook Henderson of Canada and Anna Nordqvist of Sweden, into Sunday. Kim admitted she felt the pressure squarely on her shoulders Saturday night, and she tried hard to calm her nerves. 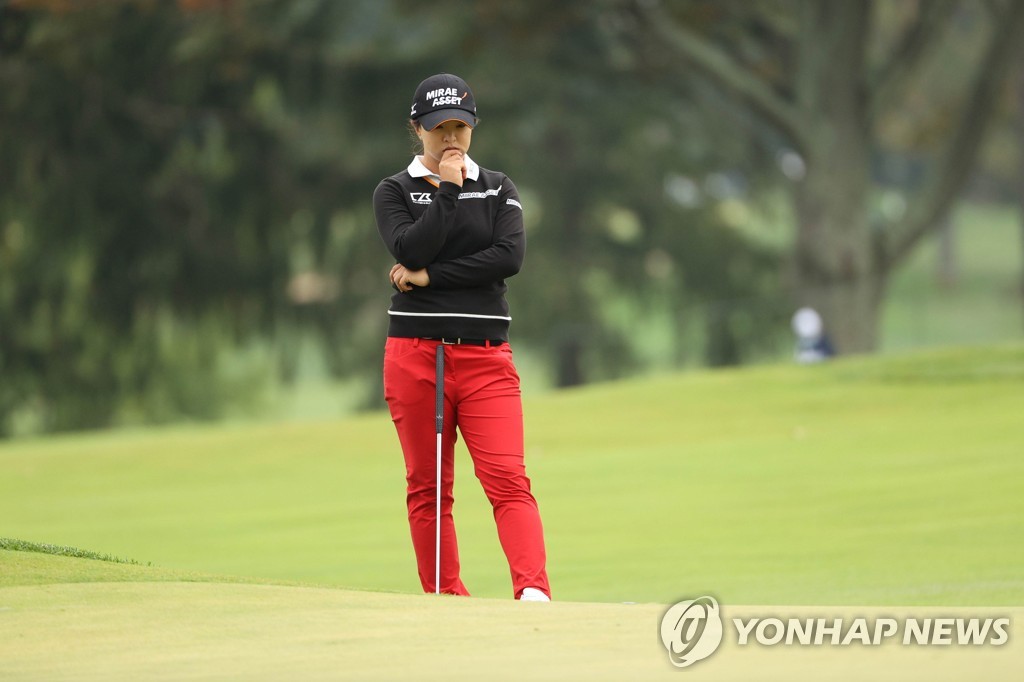