As of end-September, nine major global IBs, including Barclays and Goldman Sachs, forecast Asia's fourth-largest economy to shrink 1.4 percent this year, compared with their median outlook of a 0.9 percent contraction offered a month earlier, according to the report by the Korea Center for International Finance.

The outlook is slightly worse than an estimate by the Bank of Korea. In late August, the central bank forecast a 1.3 percent contraction for 2020 amid a deepening virus fallout, sharper than its estimate in May of a 0.2 percent retreat. 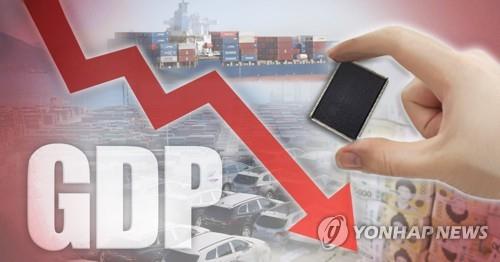 Yet the growth outlook for South Korea is much better than investmant banks' average forecast of a 3.8 percent contraction for the global economy this year.

In the wake of the coronavirus pandemic, the U.S. economy is projected to contract 3.9 percent this year, with the eurozone expected to shrink 7.3 percent. Japan is predicted to contract 5.6 percent.

But the country on Sunday decided to lower its social distancing guidelines to the lowest level on a three-tier scale amid a slowdown in new cases in recent weeks.

Those IBs also revised down South Korea's 2021 growth outlook to 3.2 percent from an earlier estimate of 3.5 percent.
(END)