SEOUL, Oct. 12 (Yonhap) -- South Korean Trade Minister Yoo Myung-hee, who has recently made it to the final round of the selection process for a new leader at the World Trade Organization (WTO), plans to head to Europe later this week to win more support from its members.

Yoo will visit Switzerland and other European nations starting Tuesday, to meet representatives from member countries of the WTO, according to the Ministry of Trade, Industry and Energy.

Last week, the trade official made it onto the shortlist of two finalists in the race to become the new director-general of the WTO, along with Ngozi Okonjo-Iweala of Nigeria.

Whoever wins will become the first female chief of the Geneva-based body in its 25-year history.

The WTO announced earlier that the final round of consultations will run from Oct. 19 to 27. The race started after previous Director-General Roberto Azevedo stepped down from the post in August, a year earlier than his original term. 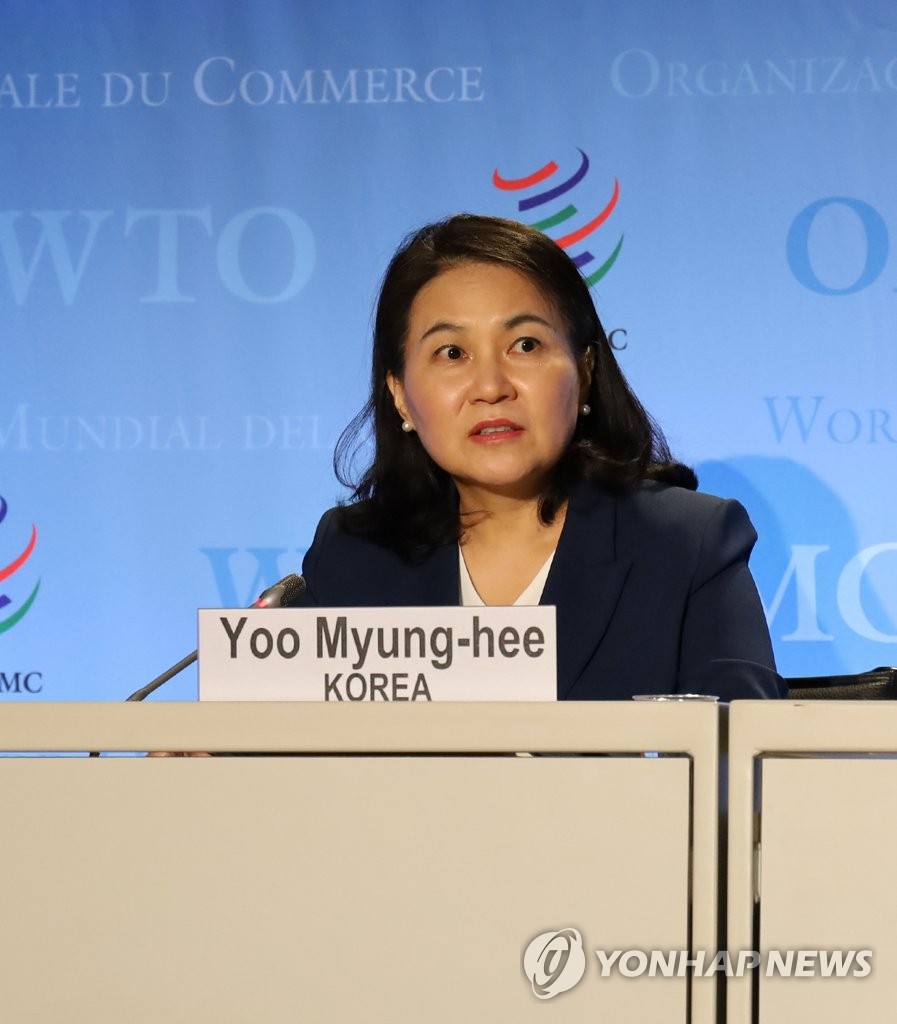 Each member country will recommend one candidate for the global trade body's top post.

Once the final candidate is picked, the WTO member states will then approve the decision during a general council meeting. The process is expected to be completed by Nov. 7.

Seoul has been insisting that Yoo, the incumbent trade minister, is the most suitable candidate to take the seat, based on her experience of participating in trade deals, including the Seoul-Washington free trade agreement (FTA).

The race candidacy comes amid growing trade protectionism around the globe, which has been escalating over the past few years, sparked by the tension between Washington and Beijing.

During her campaign, Yoo vowed to make efforts to serve all members of the WTO, and make the Geneva-based body more "relevant, resilient and responsive" to pending trade issues.