In its earnings guidance, the South Korean electric vehicle battery maker estimated its operating profit at 902 billion won (US$785 million) in the July-September period, up 158.7 percent from a year earlier.

The third-quarter operating income estimate beats the market consensus of 732.8 billion won in the data compiled by Yonhap Infomax, the financial arm of Yonhap News Agency. 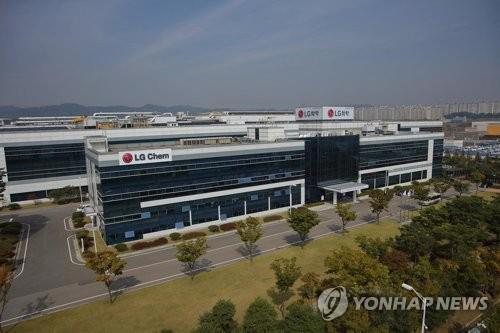 Robust sales in the petrochemical and EV battery units helped the company continue to report a larger-than-expected profit in the third quarter.

The company has said its EV battery plant in Poland began to produce products in a stable manner as the defect rate declined, which in turn improved its bottom line.

Cha Dong-seok, chief financial officer at LG Chem, said in July that the EV battery business unit could continue to post sharp growth in the third quarter due to increased shipments of EV batteries to Europe and increased sales of cylindrical batteries.

LG Chem is scheduled to release its third-quarter net result on Oct. 21.