SEOUL, Oct. 12 (Yonhap) -- As the South Korean baseball league enters its third-to-last week of the regular season, stadium gates will open back up for fans who have been itching to return to seats.

The Korea Baseball Organization (KBO) clubs will play their final two three-game sets this week, with makeup games of rained-out affairs to follow from Oct. 20 to 30. They received some welcoming bit of news Sunday, as the government eased social distancing restrictions to allow sports teams to start playing in front of fans again during the coronavirus pandemic. 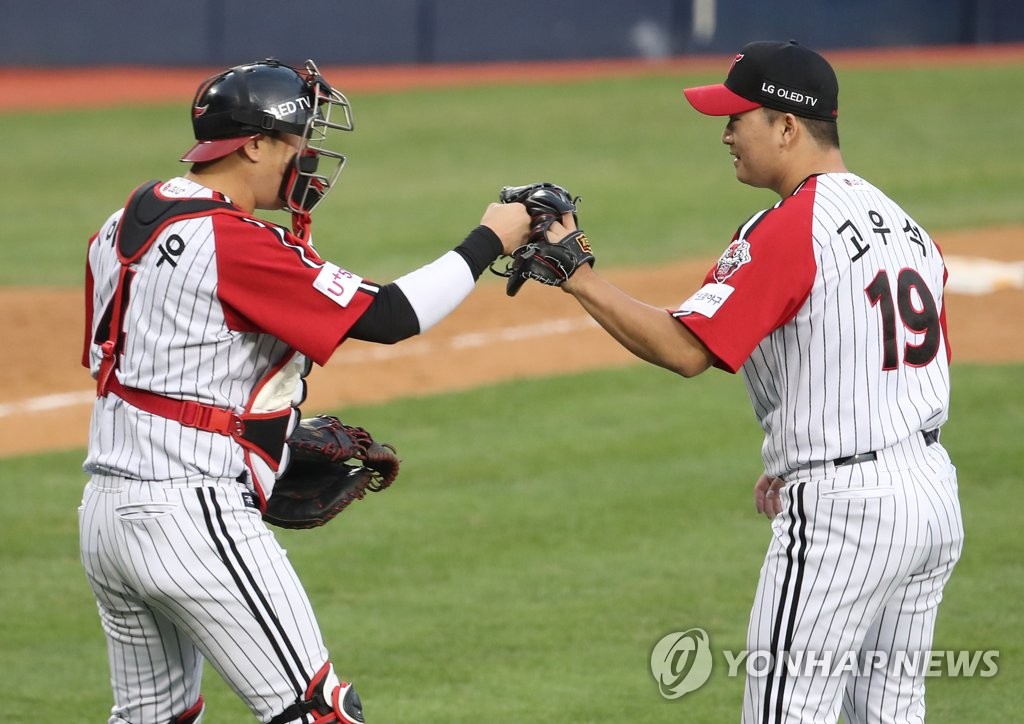 KBO clubs enjoyed a brief stretch, from late July to mid-August, when fans were admitted to games, albeit in limited capacity. Before the government implemented tight social distancing regulations and forced sports stadiums to be shut, KBO teams had crowds of about 25 percent of their stadium capacity.

The number will stay around the level this time around. No matter the size of the crowd, fans will witness firsthand what continues to be a fascinating pennant race.

The LG Twins, the only club to draw more than 1 million fans in the pre-pandemic age of 2019, are the hottest team in the league now. They swept the league-leading NC Dinos in four straight games -- a weekend series that included a doubleheader -- to extend their winning streak to six games. It has catapulted them from fourth place at the start of last week to second place. The Dinos are in the midst of their season-worst five-game slide, and their lead over the Twins is five games. 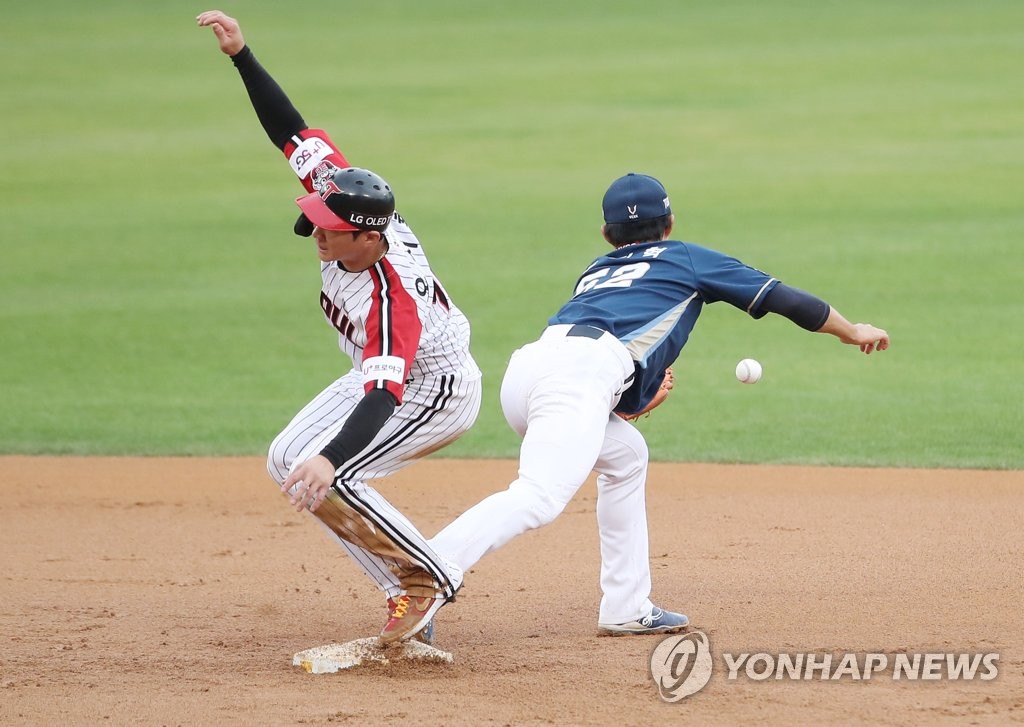 With 14 games to go, the Dinos would have to suffer a truly epic collapse to fall from the top. That leaves others to play for second place, and the Twins, with a relatively soft week coming up, have a chance to solidify their grip on that spot.

The Twins open the new week by facing the Lotte Giants for three games and then will host the Kia Tigers for three more.

Both the Giants and the Tigers are fading fast from playoff contention. The Tigers are 2-8 in their past 10 games and remain 4.5 games out of the fifth and final postseason berth. The Giants are half a game back of the Tigers. They both face the Twins and the Dinos this week.

The only saving grace may be that both teams have 16 games remaining, more than any other team in the league.

Three clubs right behind the Twins all have a legitimate shot at claiming that second spot. 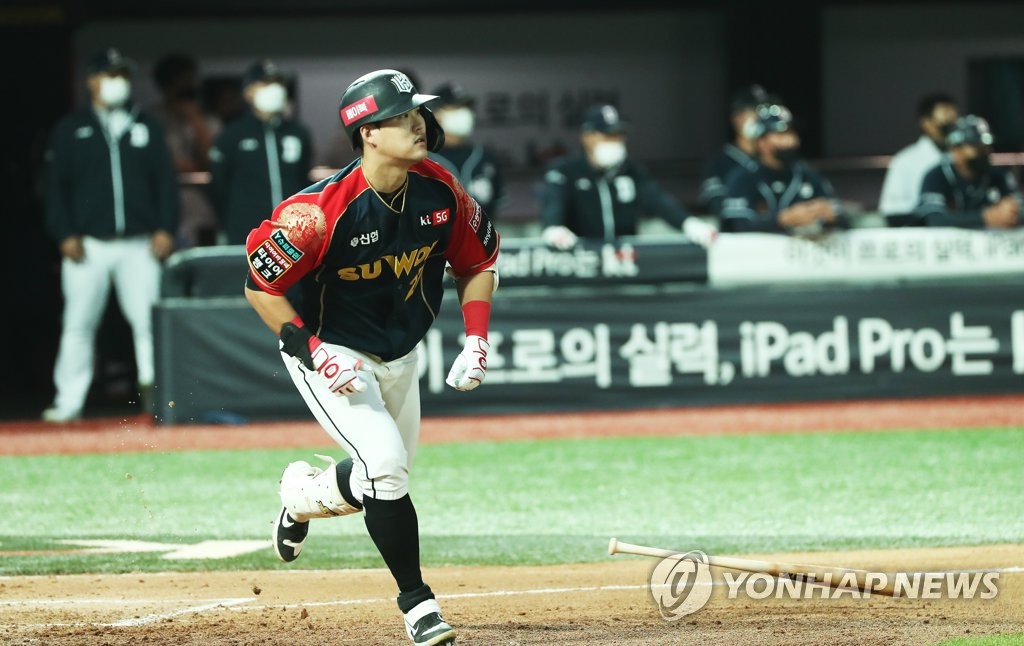 The KT Wiz are just half a game behind and will start the week with a three-game series at home against the Kiwoom Heroes, which have fallen one game back of the Wiz in fourth place. The Heroes are trying to pick up the pieces after their manager Son Hyuk abruptly resigned last Thursday, while the club was still in third place. The Heroes are 2-2 under interim manager Kim Chang-hyeon.

The Wiz will face the ninth-place SK Wyverns on the weekend, while the Heroes get a tougher assignment with a three-game set against the Doosan Bears.

The Bears, now one game behind the Heroes in fifth place, start off the week with a series against the last-place Hanwha Eagles. The Bears have won seven of their past 10 as they get ready for a title defense.

Of the top five clubs, the Heroes have the fewest games left with eight. They play their home games at the league's only domed stadium, Gocheok Sky Dome in Seoul, and have had fewer rainouts than other clubs.

The Dinos and the Wiz each have 14 games remaining. 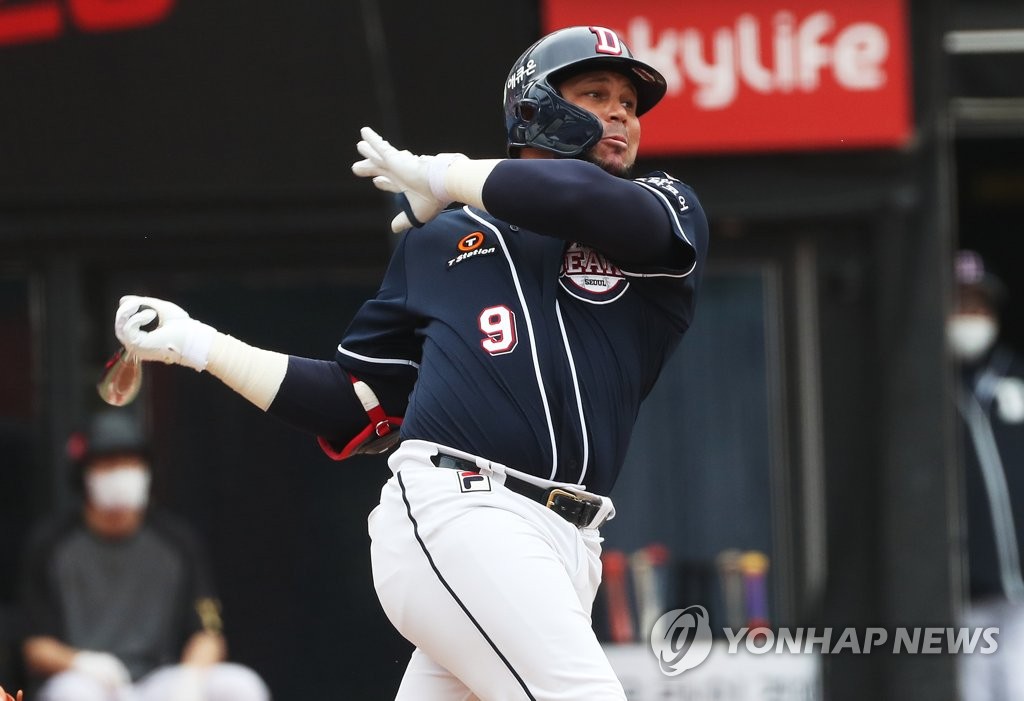