On the same day, a soldier based in Yangju, north of Seoul, tested positive for the new virus, raising the total caseload reported in barracks to 154.

The soldier was in quarantine after four other service members at his unit tested positive.

The newly confirmed patient tested negative on an initial coronavirus test conducted following the series of infections, but he tested positive earlier in the day after showing symptoms, such as a headache, on Sunday, officials said.

Nationwide, the country reported 97 new virus cases, including 68 local infections, raising the total caseload to 24,703, according to the Korea Disease Control and Prevention Agency (KDCA). 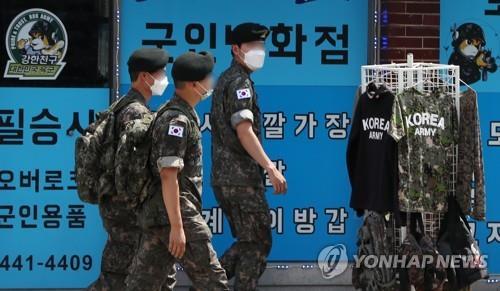