SEOUL, Oct. 12 (Yonhap) -- The Bank of Korea (BOK) is widely expected to keep its policy rate steady at a record low of 0.5 percent this week, as it will likely gauge the impact of the protracted pandemic on the economy, a poll showed Monday.

In a survey by Yonhap Infomax, the financial news arm of Yonhap News Agency, all 17 analysts polled predicted the BOK will freeze the base rate at its rate-setting meeting, slated for Wednesday.

In late August, the BOK froze the benchmark rate for the second straight occasion as economic uncertainty heightened amid a flare-up in new coronavirus cases.

To bolster the pandemic-hit economy, the central bank slashed the key rate to the all-time low in May after delivering an emergency rate cut of half a percentage point in March.

Experts said the rate freeze is anticipated this week, as economic uncertainty lingers despite the latest slowdown in virus cases, while booms in asset markets, including the housing and stock markets, have warranted close watch.

The country's new virus cases had been in the triple digits for more than a month since Aug. 14. But daily infections have somewhat slowed to below 100 on the back of tougher virus curbs. 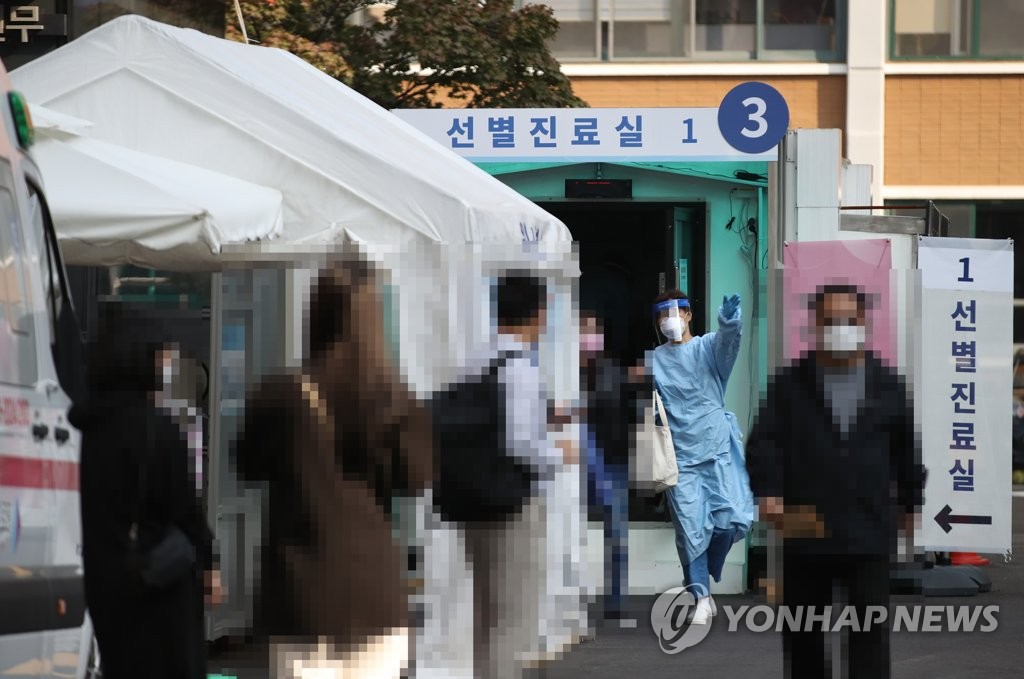 But in signs of an economic recovery, exports, which account for about 50 percent of the economy, rebounded for the first time in seven months in September, helped by increased shipments of chips and cars.

The country's overseas shipments were battered by the fallout of the COVID-19 pandemic this year. But the pace of the slump has eased since June, as major economies slowly began resuming business activities following lockdowns.

"Despite signs of an economic recovery, anticipation for additional monetary easing is expected to be subdued, as BOK policymakers have voiced concerns about financial stability over housing prices and household debts," said Yoon Yeo-sam, a fixed-income analyst at Meritz Securities Co.

South Korean households' high indebtedness has been one of the main risk factors for Asia's fourth-largest economy.

Household credit reached a record high of 1,637.3 trillion won (US$1.42 trillion) as of end-June amid a sustained rise in banks' home-backed loans, BOK data showed.

Analysts said the BOK is expected to keep the policy rate steady this year, as it faces limited room for further rate cuts and its next move is likely to be a hike.

"The BOK is expected to be under upward pressure to roll back excessive liquidity over the long haul," Shin Dong-su, an analyst at Eugene Investment Co., said.

"But the central bank is forecast to stand pat on the rate at least until the first half of next year as the local economy will take time to recover to the pre-pandemic level," he added.