SEOUL, Oct. 12 (Yonhap) -- The Seoul city government on Monday eased tough restrictions on outdoor rallies as the country adjusted its social distancing to the lowest level.

The new guidelines allow rallies of fewer than 100 people, lifting an earlier ban on rallies of 10 or more, which had been in place since late August, the local government said.

The measures came as the central government lowered social distancing guidelines from Level 2 to the lowest tier of Level 1 at midnight amid a decrease in new coronavirus cases.

Rallies in downtown areas, including Gwanghwamun Square, will still be banned, according to the government.

Rallies of fewer than 100 people will also be required to follow antivirus rules, such as temperature checks, writing logs, mask-wearing and keeping 2 meters apart.

An administrative order on mandatory mask-wearing will be extended despite the lowered national guidelines. The order was introduced on Aug. 24 as part of efforts to follow Level 2 guidelines.

Also in line with a nationwide policy, the city government said it plans to fine people who do not wear masks starting Nov. 13 after a one-month grace period. 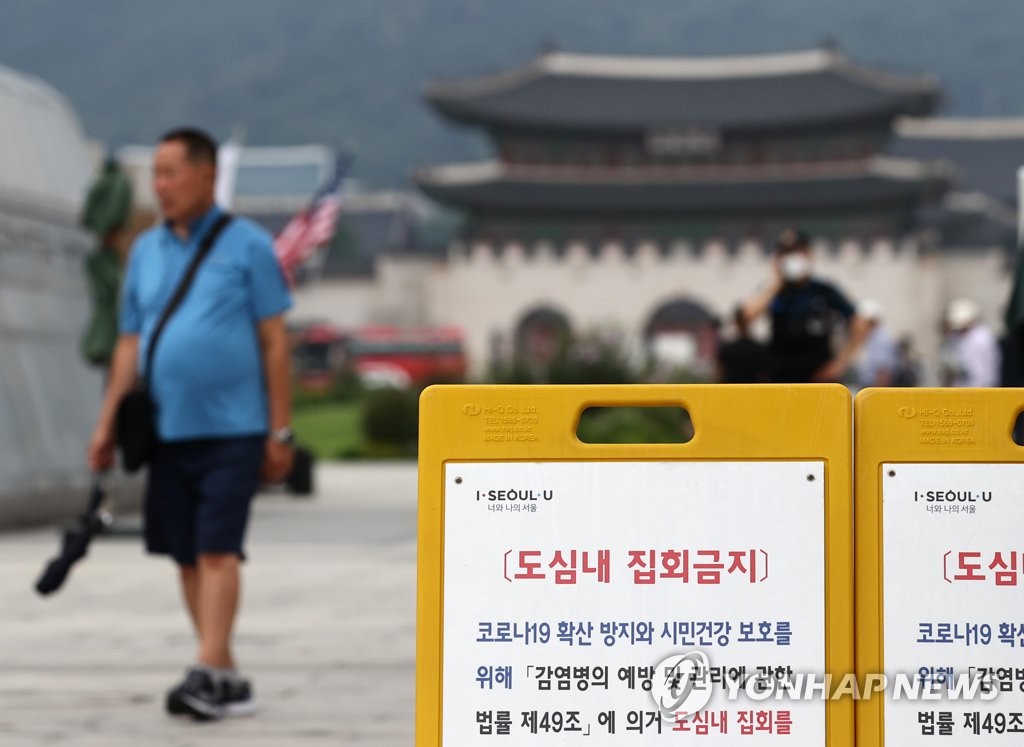 Seoul city lifts ban on rallies of 10 or more people, allows fewer than 100

Seoul city lifts ban on rallies of 10 or more people, allows fewer than 100