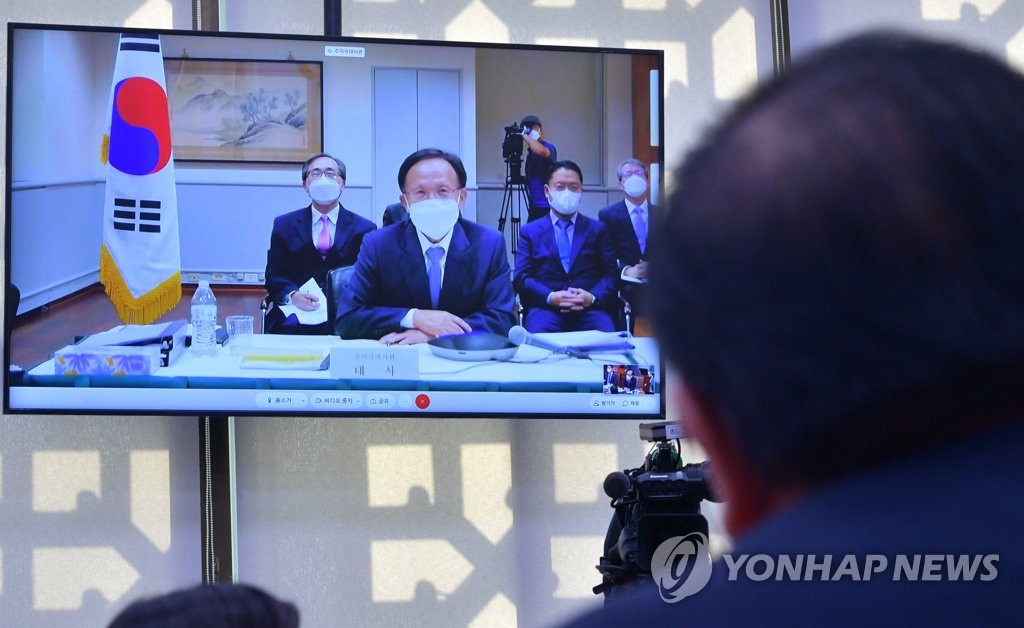 With regard to Seoul's position on the growing U.S.-China rivalry, Lee said, "Just because South Korea chose the U.S. 70 years ago doesn't mean it has to choose the U.S. for the next 70 years too," stressing that the country's national interests should be put ahead of anything else in making such choices.