SEOUL, Oct. 12 (Yonhap) -- Choi Ji-man of the Tampa Bay Rays stayed on the bench for his club's opening victory in the American League Champions Series (ALCS).

The Rays edged out the Houston Astros 2-1 to start the best-of-seven series at Petco Park in San Diego on Sunday (local time). Choi was held out of the starting lineup against the left-handed Houston starter, Framber Valdez. Choi, who bats left-handed, has struggled against left-handed pitchers throughout his career. 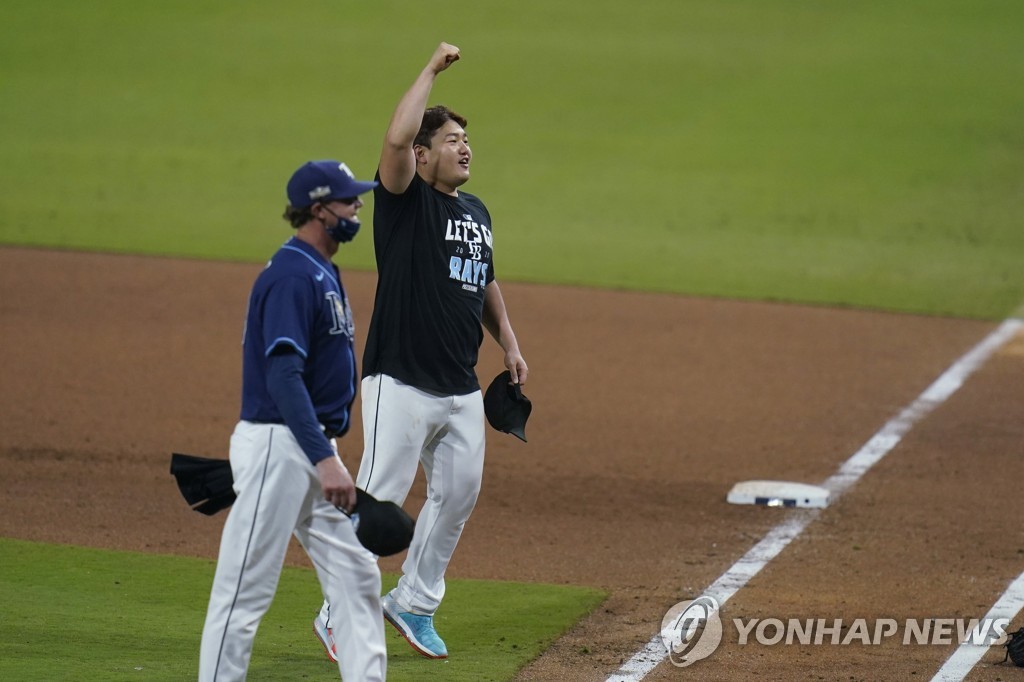 Relieving Valdez in the seventh inning was another left-hander, Blake Taylor, who was followed by right-hander Enoli Paredes.

In the bottom eighth, a third Houston left-hander of the game, Brooks Raley, came on to pitch in the eighth inning with Yandy Diaz, who started at first base ahead of Choi, due up first.

For the postseason, Choi entered the ALCS batting .222/.364/.444. In the previous series, the AL Division Series against the New York Yankees, Choi batted .267/.421/.533 with a home run, three RBIs, two runs scored and three walks. He started as the cleanup hitter in all five games against the Yankees.