The source added that the two matches will be up against a team from the Middle East and from North or Central America on Nov. 13 and 17.

The dates fall in the Nov. 9-17 FIFA international match window.

According to the source, the opponents will be hosting South Korea, and those teams will select the venue. Due to the coronavirus pandemic, both matches will be played in the same stadium, ensuring minimal traveling. 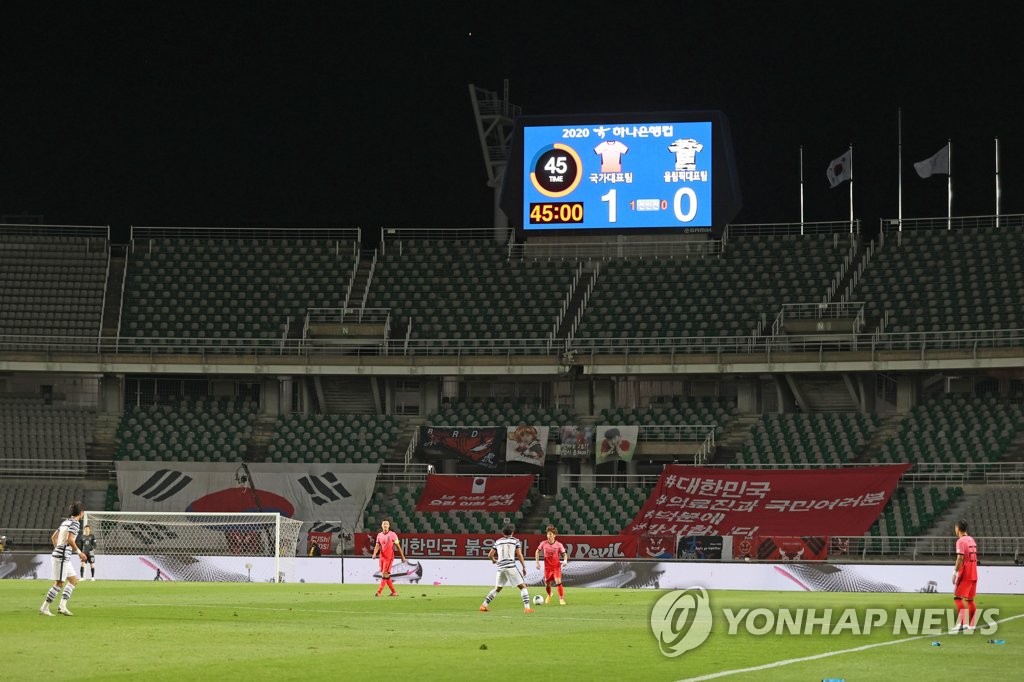 With the COVID-19 outbreak causing havoc on match schedules, South Koreans haven't yet played an official match this year. Coached by Paulo Bento, the senior men's national team will play the under-23 national team in the second of two exhibition matches later Monday.

If not for the virus, South Korea would have completed the second round of the Asian qualifying for the 2022 FIFA World Cup and would have played some "A" international matches along the way, too.

The source said the Korea Football Association (KFA) settled on a southern city in Austria, given its lack of travel restrictions and mandatory quarantine for incoming travelers.

Once fixtures are finalized, Bento's squad will depart for Austria on Nov. 9.

Also, players for K League 1 clubs competing in the Asian Football Confederation (AFC) Champions League will join those teams for the resumption of the group stage in Qatar on Nov. 18. Those teams are: Ulsan Hyundai FC, Jeonbuk Hyundai Motors, Suwon Samsung Bluewings and FC Seoul. 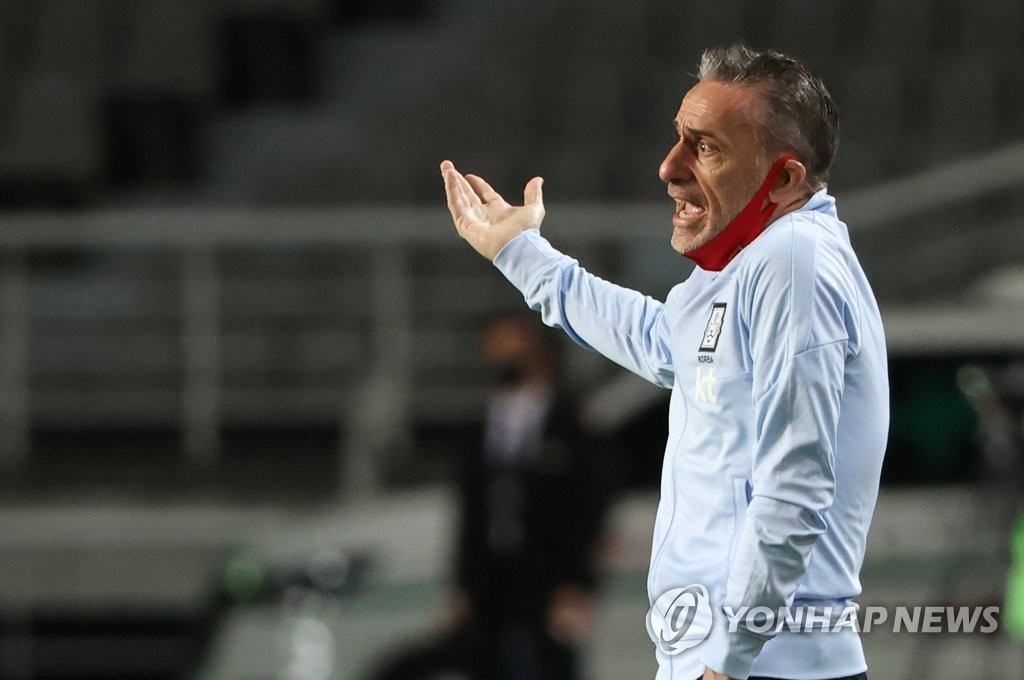