Suga held a lunch meeting with Lotte Group Chairman Shin Dong-bin and other chiefs of major Japanese companies at a hotel in Tokyo on Sunday, according to Japan's Nikkei.

Details about their meeting are not known, but industry watchers estimated that Shin and Suga may have discussed how to boost tourism in Japan, a sector that the Japanese prime minister seeks to revive amid a protracted economic slowdown.

Lotte Group has kept long ties with Japanese politicians since his late father and group founder Shin Kyuk-ho started Lotte as a small chewing gum manufacturer in Japan in the late 1940s.

South Korea's fifth-largest conglomerate has a business portfolio ranging from retail and hotels to entertainment and chemicals across South Korea and Japan.

Suga's meeting with Shin appeared to be rare as ties between South Korea and Japan have been strained over history issues.

Shin has been cementing his grip on the group's subsidiaries in South Korea and Japan following a high-profile succession feud with his elder brother. He was appointed president and CEO of Japan-based Lotte Holdings in late June. 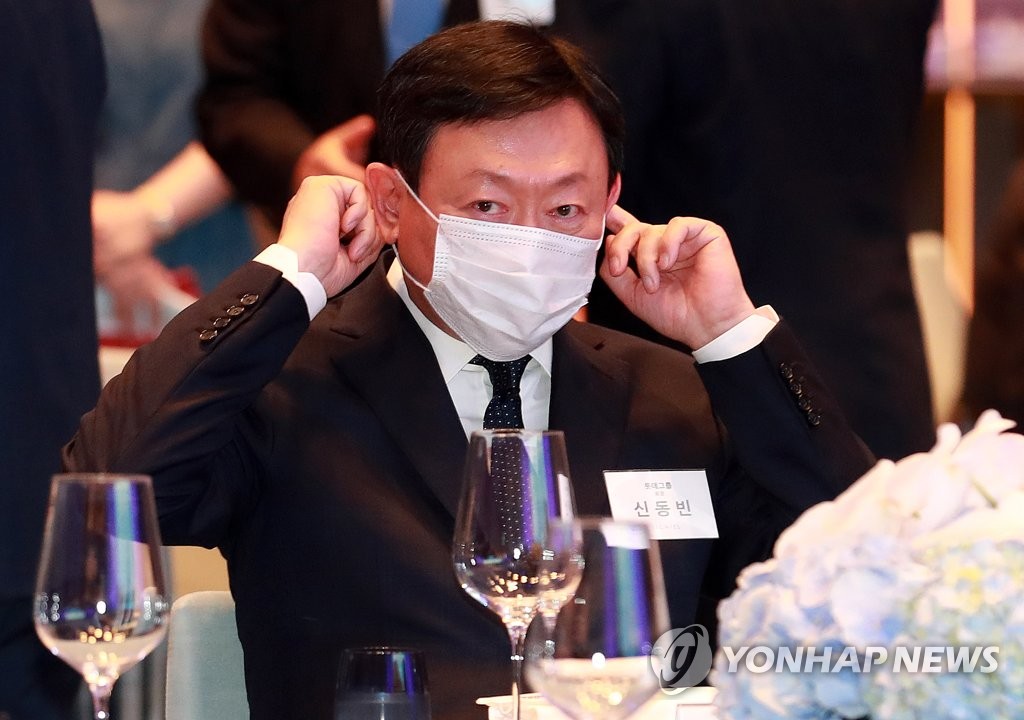